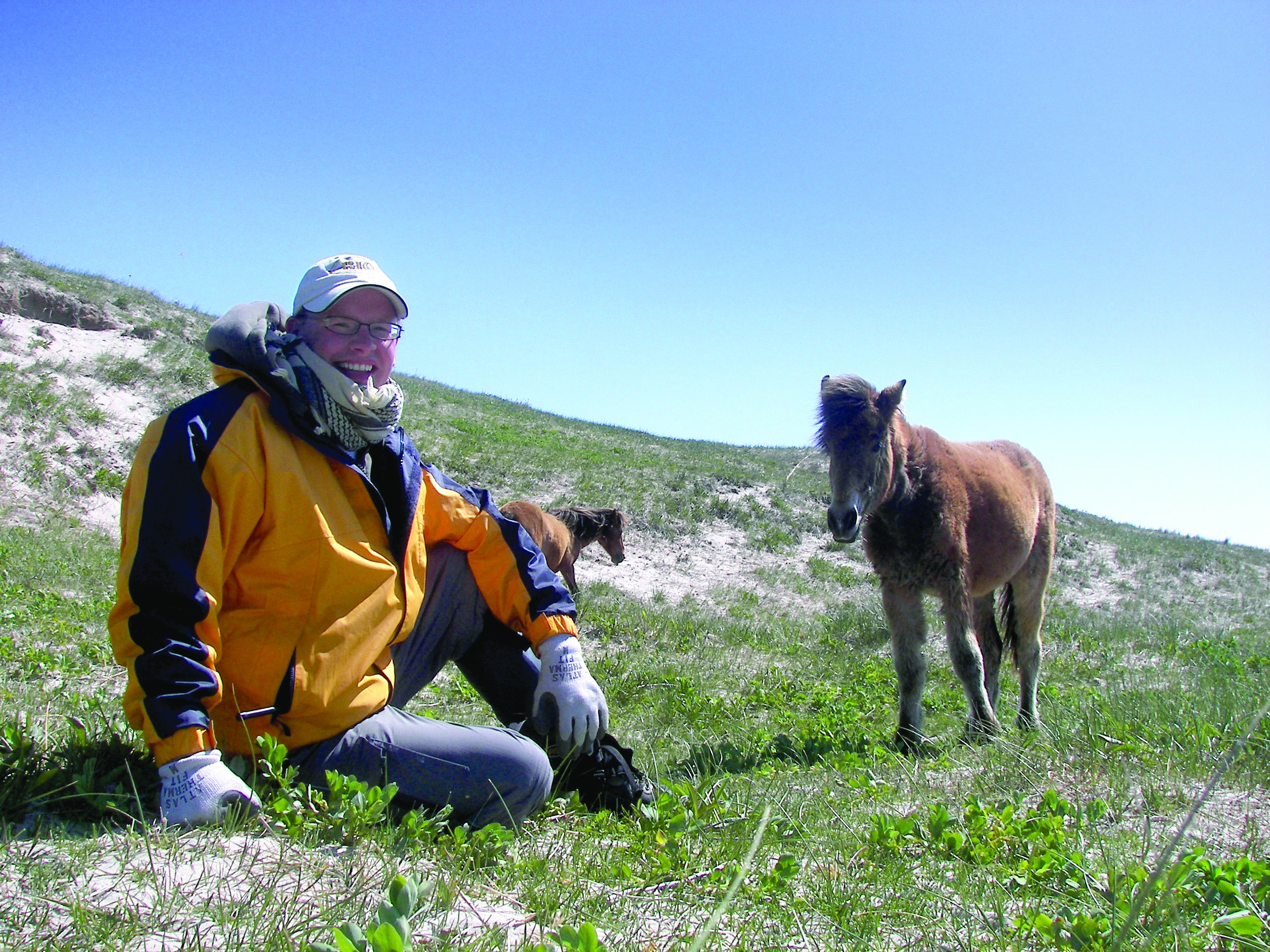 During the late-summer months, McLoughlin can be found some 300 km off the coast of Halifax, Nova Scotia on Sable Island. The island—though not too similar to the tropical haven Darwin found at the Galapagos Islands—has a storied history of shipwrecks that earned it the moniker "Graveyard of the Atlantic". To McLoughlin, however, the island's prized possession is a population of feral horses that have not been subject to human management or influence. The lack of outside influence, he explained, makes the horses perfect subjects for research into population ecology, evolution, genetics, habitat selection and anything else that the research team at the U of S Animal Population Ecology Laboratory can come up with.

"The feral horses have been on Sable Island since the mid-1700s and have been going through their dynamics without human influence," said McLoughlin. "This allows us to look at the evolution and dynamics of the entire group and understand how a naturally regulated population functions."

The other advantage the island offers the researchers is that they are able to study the entire population of horses, all 484 of them. "Usually these studies involve a population sample, but we are working with the entire pedigree which is rare to find," he explained. "We can ask questions regarding cross-generational effects or paternity, stuff you otherwise could not determine."

Getting those answers, he said, will be a lengthy process. "We are thinking this project will be about 30 years in length. Long research programs have been very productive, like Jane Goodall's chimpanzee research."

Settling in for the long haul on an island that is about two kilometers wide by 40 kilometers long and mostly uninhabited does present some challenges. For one, other than some meteorological research facilities, the island lacks appropriate facilities and equipment for McLoughlin's research. But that issue will be addressed this summer with $100,775 in funding from the Canada Foundation for Innovation that will go towards building and equipping a permanent research station.

The university, said McLoughlin, also recently approved a 15-year lease for a parcel of land to house the facility. The land itself, owned by the Crown, will be rented at an annual rate of $250, a fee that will be covered by McLoughlin's research funds.

A small price, according to McLoughlin, that will be outweighed by the value of the research. "It speaks to fundamental issues of population ecology, and so applications resulting from our research lie in the field of conservation. What we discover conservation-wise with this study will be applicable to other mammals as well."

McLoughlin also points out that the length of the project will offer many opportunities for graduate students. "We currently have three graduate students working on this project, but as it moves forward there will be many more openings for student involvement."

McLoughlin welcomes more students and faculty joining the search for answers, because that means more answers will be found on Sable Island.