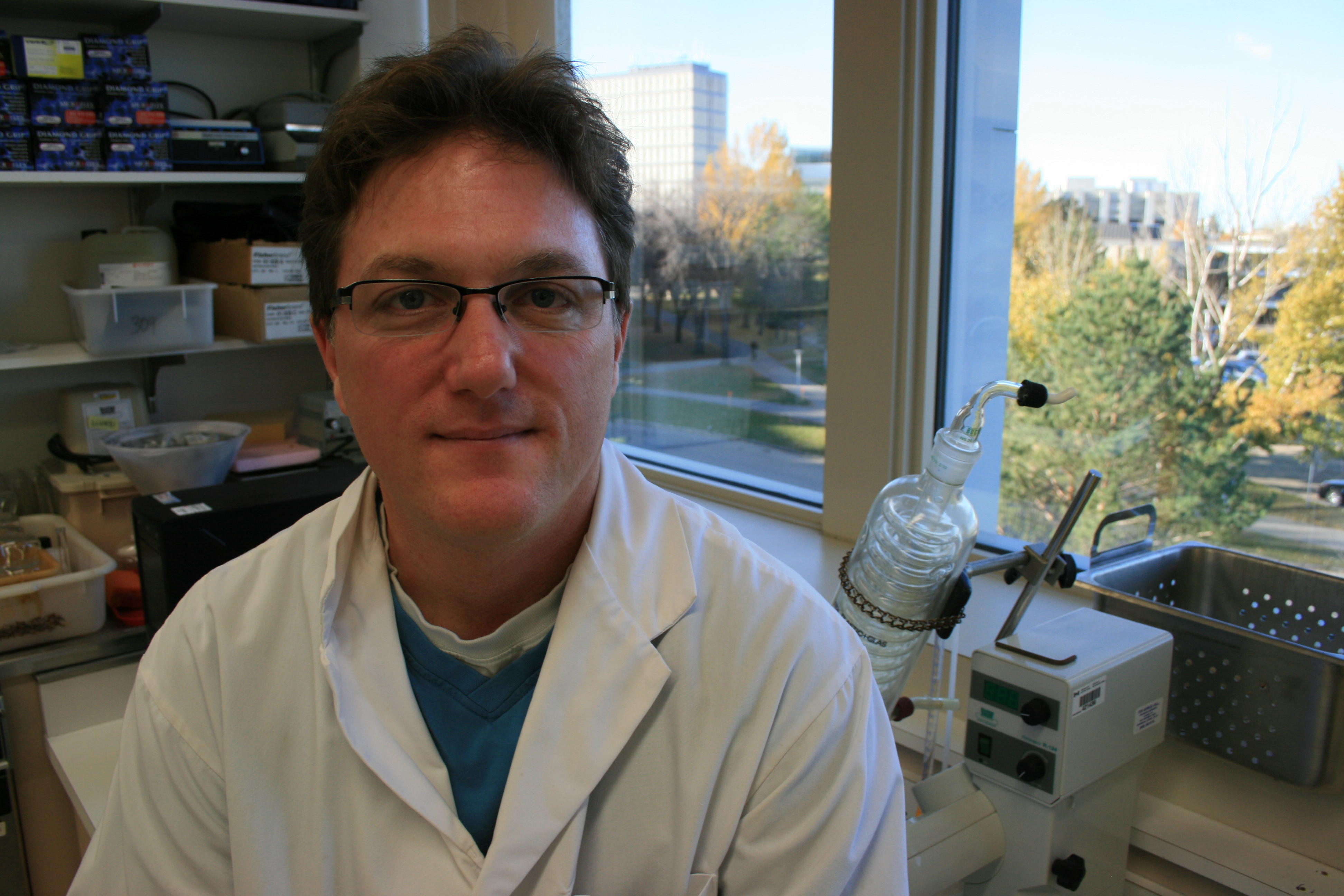 What JoVE does is publish research online accompanied by video. For Dumonceaux, a research scientist with Agriculture and Agri-Food Canada and adjunct professor in the Department of Veterinary Microbiology, explaining his work in front of a camera "was a different way to spend a day but there's nothing like it for people trying to reconstruct a lab protocol. It's a thousand times better than reading the materials and methods section of a journal article."

Dumonceaux had never heard of JoVE.com when he was contacted by one of its science editors late in 2010. The website wanted him to produce a video that would be peer reviewed but would also include detail not generally associated with print articles, namely "the stuff that doesn't work. Things that went wrong are important when people want to reproduce the work."

Along with colleagues grad student Jennifer Town, Janet Hill and Bonnie Chanban of veterinary microbiology, and Sean Hemmingsen of the NRC's Plant Biotechnology Institute, Dumonceaux agreed. JoVE offered to write the script, supply the video crew and do the voice-over for a fee of about $3,500 including an open access fee. That was, until JoVE discovered exactly where Saskatoon is located. With no JoVE crew within driving range, it then became an author-produced video, explained Dumonceaux, who envisioned "amateur hour with me using the camcorder I use to film my kids."

With financial support from the U of S publications fund, the group teamed up with Media Access and Production (eMAP) "to get a level of professionalism that would be really helpful."

Dumonceaux wrote the script based on the lab protocol, and it took a full day in April to shoot the 12-minute video in two different labs in the Western College of Veterinary Medicine. Dumonceaux provided the voice-over while Town demonstrated the protocol. The challenge, he said, "was trying to do it correctly but in such a way that's you're not blocking the camera shot." And there were some concessions made to the video format. "You can't show a 40-minute incubation," so the video compresses the process, not unlike a cooking show where a cake goes into oven and, after a short commercial break, comes out completely baked.

The completed video, entitled Multiplex Detection of Bacteria in Complex Clinical and Environmental Samples using Oligonucleotide-coupled Fluorescent Microspheres (the research itself is a whole other story), was then submitted to JoVE for peer review. Within a month, the comments of reviewers were back.

"They picked up on some mistakes and problems but more importantly, they wanted some changes to the video. That's where eMAP was invaluable, reworking the footage. I felt the peer reviewers did a great job of helping us make a good video."

The final version was posted on JoVE.com Oct. 23 and has since had more than 3,500 views although a subscription is required to see the entire video. The posting includes a comments section, allowing the author to respond to viewers' questions, "another way to provide clarity."

Overall, Dumonceaux is positive about the experience, and about what the video format offers to both researchers and those wanting to duplicate a lab protocol. "It's challenging as a scientist because most of us are not used to being in front of the camera but you can spend days trying to reconstruct a protocol. This way, you can see exactly what to do. And although I felt and look awkward in the video, I benefit because I'm getting a peer-reviewed publication out of it."

This is the second U of S video posted on JoVE.com. The first went up Sept. 24 and is the work of Najia Xu, Xi Lei and Lixin Liu, all of the Department of Pharmacology. Their publication is entitled Tracking Neutrophil Intraluminal Crawling, Transendothelial Migration and Chemotaxis in Tissue by Intravital Video Microscopy.