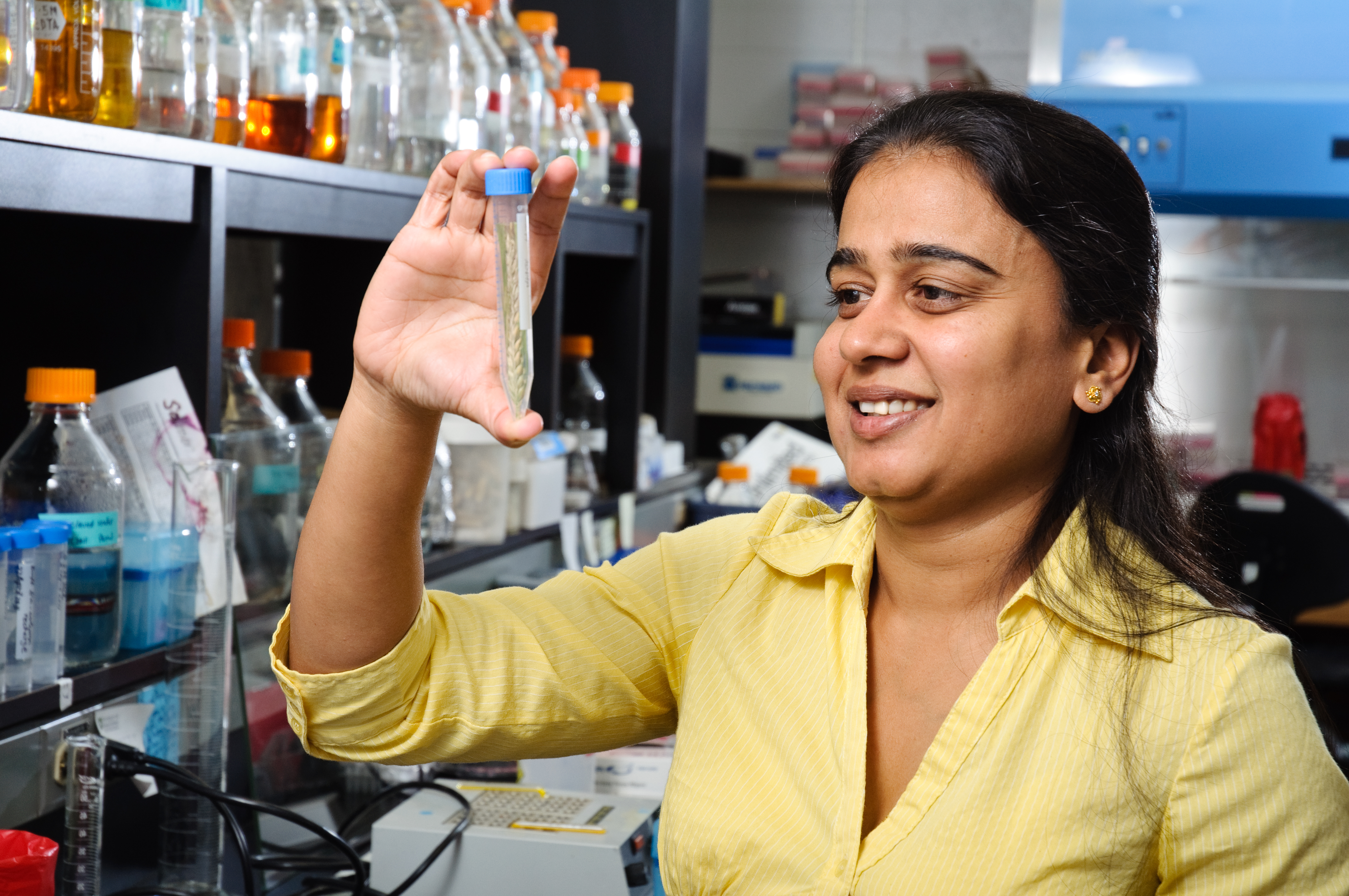 Winter wheat, which is planted in the fall and harvested in July and August, could help meet this need. It has a 30 per cent higher yield than spring-seeded varieties. It is less susceptible to late spring diseases and it provides ground cover that reduces soil erosion.

But harsh Canadian winters take a toll on winter wheat crops. Improved cold resistance could change this and provide an attractive option for local producers, as well as potentially put more food on the world's tables.

Plant sciences PHD student Parul Jain is part of a University of Saskatchewan team that is studying gene groups in winter wheat to help improve the crop's cold resistance.

"The results we've had so far are exciting," said Jain, who has already identified seven gene switches linked to cold resistance for her doctoral research. Each gene switch may turn on a different set of genes, causing different reactions to cold.

U of S plant breeding experts will use these switches to produce new nutritious and hardy grain lines. The resulting cold-hardy lines would not be considered genetically modified products, since the genes occur naturally in wheat.

"People are looking at cold hardiness in every kind of plant all over the world," said U of S research scientist and genomics expert Monica Baga, who supervises Jain's work along with Ravindra Chibbar, Canada Research Chair in molecular biology for crop quality.

Extreme cold creates a double threat to crops. Some types of winter wheat resist overnight frosts well, but can't stand up to longterm cold, and vice versa. Breeders need to protect crops from both types of cold, which are associated with different genes.

Jain is identifying gene switches that turn various individual genes on and off. She is looking at 15 variants of one gene switch and has already found several versions of the switch that set off cold-protecting genes.

Using these switches, scientists in the research group will identify important genetic markers for selecting the best cold-protecting properties for wheat.

Jain's pure scientific results can be put to use directly at the U of S because the campus has a dedicated breeder for winter wheat who has all the genetic stocks.

By identifying genes, the research group helps breeders speed up the production of new wheat lines.

"Traditional breeding times vary anywhere between seven and 10 years depending on the trait and luck of the breeder," Chibbar said. "In the case of identified genes, which is our case, development can be reduced by between one and two years."

The cold resistance research is part of U of S efforts to meet global challenges in food security, which is a signature area of the university's research.

Since 60 per cent of the world wheat market is winter wheat from other countries, there is already a huge market for this type of grain.


Victoria Martinez is a student intern with the U of S research communications office.