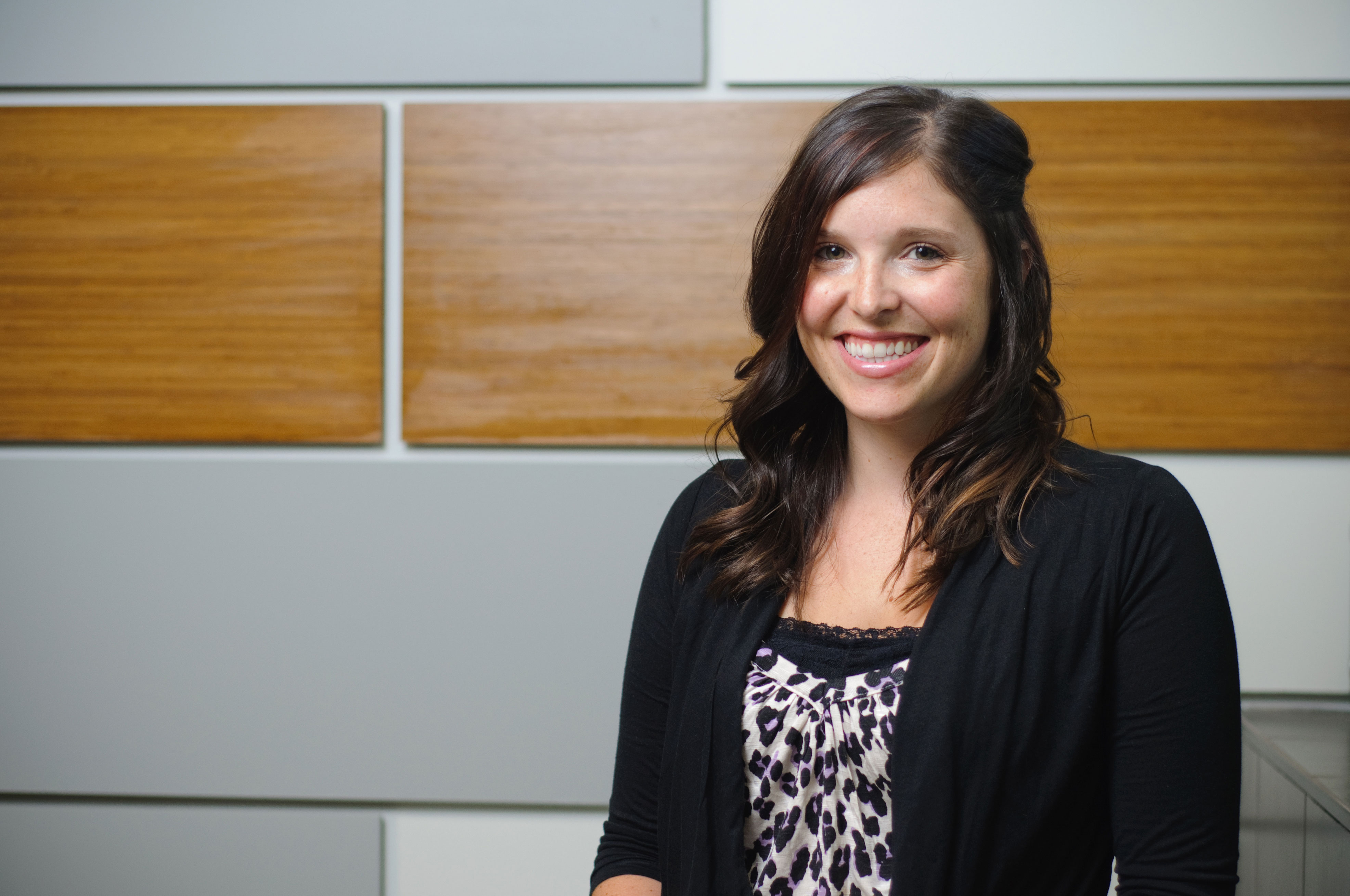 The University of Saskatchewan researcher is in the first stages of her PhD in psychology, looking into whether psychopathy can be treated in violent offenders to reduce their risk of reoffending.

Her project is funded in part through a Frederick Banting and Charles Best Canada Graduate scholarship through the Canadian Institutes of Health Research.

Psychopaths make up less than one per cent of the general population, yet they comprise about 15 per cent of people in prisons and commit roughly half of all violent crimes.
Successful treatment could reduce the risk for everyone when psychopaths re-enter the community.

"Psychopaths are difficult clients to have in treatment," Sewall says. "They're manipulative. They don't take responsibility for their actions and they lack remorse and empathy, so they're not exactly easy clients to treat.

"For a long time, people believed you couldn't treat them."

But recent research shows that, given the proper coping strategies, psychopaths can curb their destructive behaviour. They might still be psychopaths, but as long as they stay out of trouble, society will be safer, Sewall says.

"We're concerned with, 'Are they engaging in criminal behaviour or not?' We can't hold them in jail because they're kind of a jerk."

Indeed, psychopathy does not always lead to criminality. Canadian psychologist Robert Hare, a pioneer in the study of psychopathy and co-author of the book Snakes in Suits, argues the cutthroat corporate world often rewards psychopaths for ruthlessness.

Hare developed the Psychopathy Checklist, which has been used for decades. It looks for traits such as pathological lying, impulsiveness and sexual promiscuity. A person receives a score of zero, one or two for each of the traits they exhibit; a score higher than 25 means the person is probably a psychopath.

Sewall will use the checklist to rate more than 300 case files from the Regional Psychiatric Centre in Saskatoon, where since 1981, sex offenders have been treated as part of the Clearwater Program.

Since enough time has gone by for follow-ups, Sewall's research will show if those who qualified as psychopathic and received treatment were better able to rejoin society and less likely to end up back in prison.

Sewall's PhD supervisor, Mark Olver, is a clinical forensic psychologist whose main area of research has been sex offenders. He says treatment provides offenders with an "emotional toolbox" to help stop them from acting on their impulses.

"By focusing on changing criminal behaviour and violent tendencies, but not necessarily transforming this person into a model human being, the (treatment) approaches are a lot more effective," Olver says. The aim is to give offenders "positive lifestyle skills and constructive coping strategies."

Sewall also hopes to answer two other questions about psychopathy. One is whether there are different subtypes of this personality disorder with varying levels of success in treatment.

The other question is whether psychopathy is an evolutionary adaptation.

In the animal world, there are often "cheaters" who pass their genes on even when they don't contribute to the wellbeing of the herd.

"There's a small number in the population who cheat and they take advantage of the fact most of the others are co-operators. So it has been proposed that psychopaths could potentially be the cheaters of the human population," Sewall says.

Even if psychopaths are a byproduct of human evolution, they remain a destructive force in society when they become violent. Sewall's research will help show if these "cheaters" can be rehabilitated.

"By rehabilitated, it doesn't necessarily mean that they don't reoffend ever again," Sewall says. "It's just that you reduce their risk to do so."