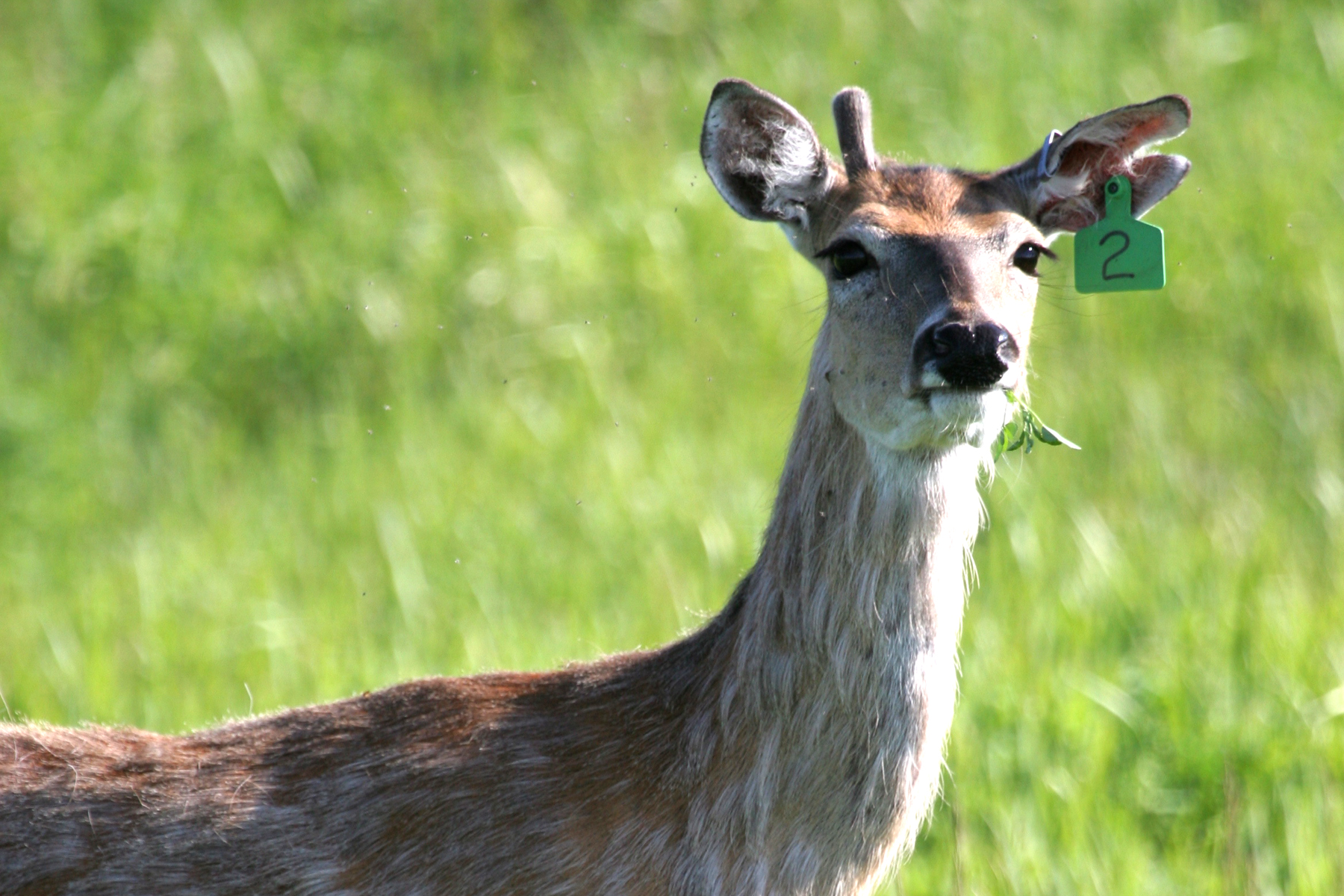 The funding is being provided by PrioNet Canada, a Network of Centres of Excellence, in an effort to address the socioeconomic and health-related impacts posed by prion diseases such as bovine spongiform encephalopathy (BSE, also known as mad cow disease), CWD, as well as other neurodegenerative disorders, and to accelerate discoveries in these areas.

Dr. Scott Napper, a research scientist with the Vaccine and Infectious Disease Organization at the University of Saskatchewan, has been awarded funding to develop an oral vaccine – one that will attract consumption by elk and deer and can withstand extreme temperatures – to help stop the spread of CWD in the wild. Similar oral vaccines are already used to control rabies in Eastern Canada, where food packets containing the vaccine are widely distributed for consumption by fox and raccoon populations. Dr. Napper is leading this project in collaboration with nine other researchers at the University of Saskatchewan and University of British Columbia, in partnership with PREVENT, the Pan-Provincial Vaccine Enterprise.

"The danger is that CWD continues to spread with the potential to generate new strains and infect new host species," notes Dr. Napper. "At the moment we don't have a way to effectively control the spread of CWD in the wild which is why the development of an oral vaccine is incredibly important."

Dr. Ryan Brook, Assistant Professor, College of Agriculture and Bioresources at the University of Saskatchewan – working with six researchers across Alberta, Saskatchewan and Manitoba – has received funding to examine transmission of CWD between white-tailed deer and elk. Using an extensive database of information collected from radio collars, researchers will determine where the elk and deer populations are located across Manitoba and Saskatchewan, and look at the potential for overlap between the two species. Their work is crucial to ongoing monitoring of CWD in Canada.

"Our aim is to better understand the overlap in habitat, diet and range between elk and white-tailed deer, and the associated transmission and environmental contamination of CWD," said Dr. Brook, adding that the overall goal is to mitigate the widespread impacts of CWD on animals and humans.