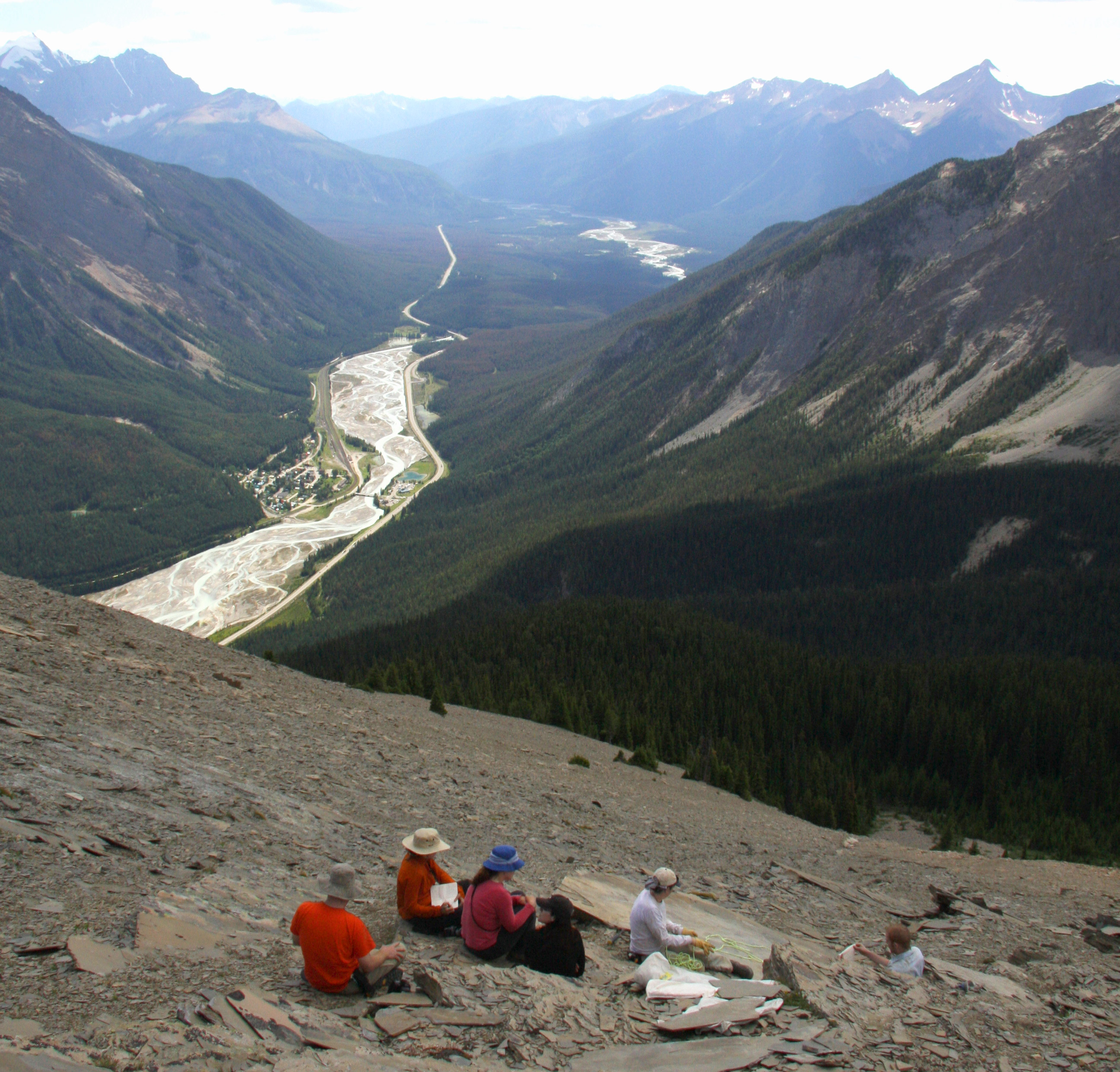 "Short of finding an animal at the end of its trackway, it's really very rare to be able to identify the producer so confidently," said Nicholas Minter, lead author of the article on the study, which appears in the latest issue of the
Proceedings of the Royal Society B. Minter is a postdoctoral research fellow in the U of S department of geological sciences.

The research team worked with samples gathered from the Burgess Shale, famed for its exquisitely detailed fossils from the Cambrian Explosion, a time when life underwent a dramatic change with the appearance of all the modern groups of organisms and some bizarre creatures. Located near the village of Field in Canada's Yoho National Park in British Columbia, the Burgess Shale is an international treasure, providing an unparalleled window into the distant past.

Fossils from the Burgess Shale record not only the animals themselves – exceedingly rare because most of them had soft bodies – but also the trackways they left behind while hunting on the sea floor.

"Most researchers have focused on the body fossils of the Burgess Shale," said study co-author Gabriela Mángano, who co-leads the ichnology research group in the U of S geological sciences department with colleague Luis Buatois. "By studying its trackways, trails and burrows, we may dramatically impact our understanding of these ancient ecosystems."

Key to the research were trackways collected during a field expedition in 2008 led by ROM curator Jean-Bernard Caron.

"I spotted a portion of the largest trackway, which is over three metres in length, in 2000," he said. "At that time we left most of it behind us. We could not carry the pieces safely down slope from this remote site without helicopter support."

The 2008 expedition included this support, so fragments of the trackway were collected by carefully separating them from the associated rock layers. These delicate pieces were then packed, air lifted from the mountain, and shipped to the ROM.

Fossil trackways and other fossilized evidence of animal activities such as burrows, bite marks and feces are known as trace fossils. These provide evidence of where animals were living and what they were doing, but the full identity of the producers is rarely known.

In this case, size of the tracks and the number of legs needed to make them left only one suspect:
Tegopelte gigas. This caterpillar-like animal sported a smooth, soft shell on its back and 33 pairs of legs beneath. One of the largest arthropods of its time, it could reach up to 30 cm in length.

By analyzing both the fossilized remains of
Tegopelte and the trackways, the researchers were able to reconstruct how this animal would have moved. The creature was capable of skimming rapidly across the seafloor, with legs touching the sediment only briefly, supporting the view that
Tegopelte was a large and active top carnivore. Such lifestyles would have been important in shaping early marine communities and evolution during the Cambrian explosion.

The trackways were collected under Parks Canada Research and Collecting permits and are now located at the ROM. Managed by Parks Canada, the Burgess Shale was recognized in 1981 as one of Canada's first UNESCO World Heritage Sites. Now protected under the larger Rocky Mountain Parks UNESCO World Heritage Site, the Burgess Shale attracts visitors to Yoho each year for guided hikes to the restricted fossil beds from July to September.

The full article, "Skimming the surface with Burgess Shale arthropod locomotion," is published in the
Proceedings of the Royal Society B. Photos and illustrations related to the article are available from the authors. Funding for this research was provided through grants from the Natural Sciences and Engineering Research Council, the Canadian Commonwealth Scholarship Program, the U of S and ROM.