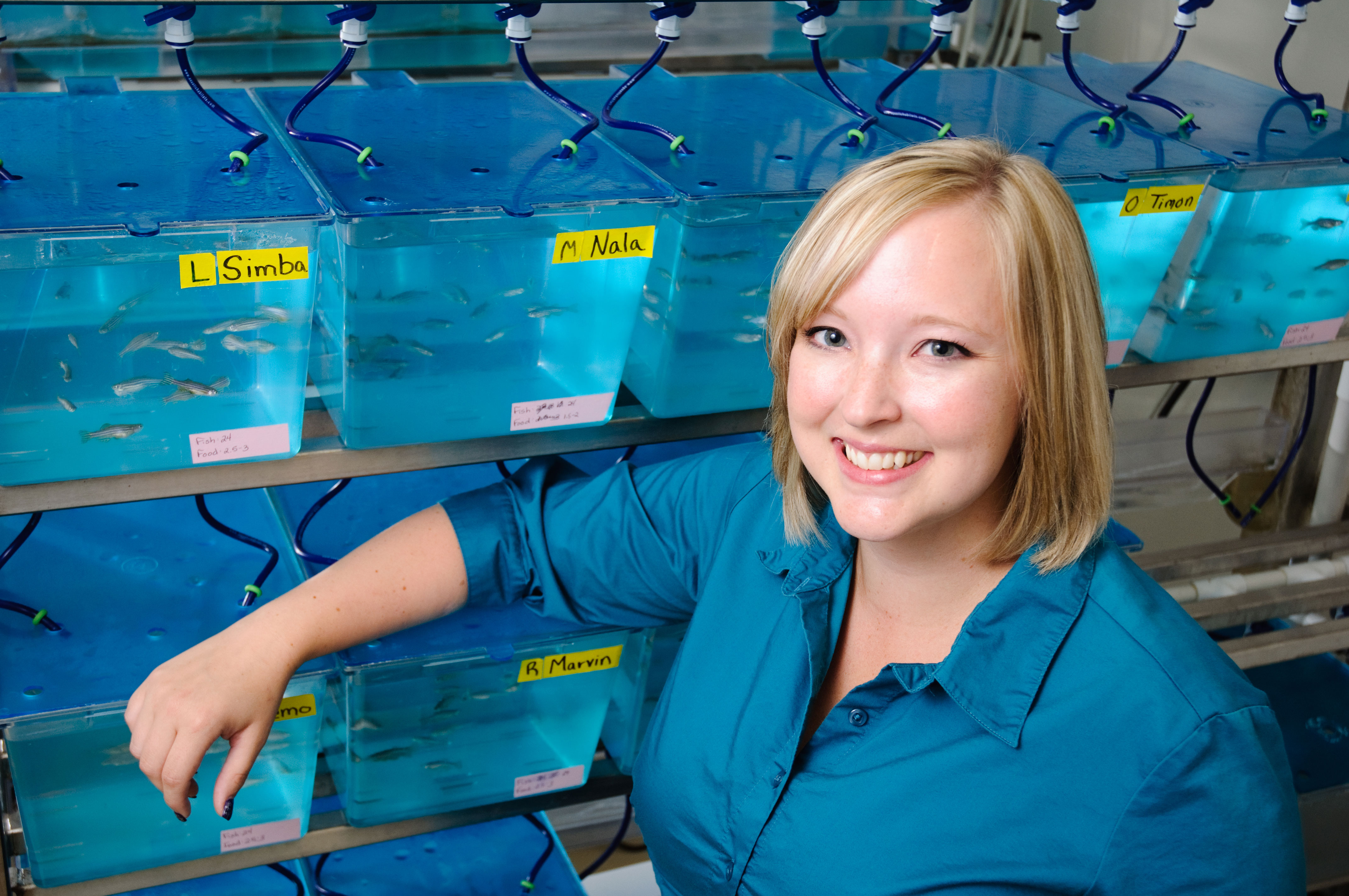 University of Saskatchewan toxicology student Tracy MacDonald is part of a research group that has tested different chemical forms of mercury on zebrafish, a common fish in labs and home aquariums, to see how mercury accumulates in a developing organism. The results show that not all chemical forms are equally harmful.

The organic chemical form is most responsible for mercury poisoning because it targets the brain and central nervous system. Mercury is converted into the organic form by bacteria and, in turn, is eaten by fish. Higher up the food chain, the toxic organic form becomes increasingly concentrated, so that large predators like sharks or swordfish usually contain more mercury.

"We're able to prove that chemical form is important and that researchers shouldn't just be looking at one form of it," says MacDonald, a native of Nelson, B.C. "You really need to look at which chemical form will be really toxic."

The team includes her supervisors Graham George, a synchrotron scientist, and Pat Krone, a zebrafish expert, as well as research associate Goshia Korbas.

The research is funded by the Canadian Institutes of Health Research and the Natural Sciences and Engineering Research Council of Canada.

Zebrafish were selected because they are a "vertebrate model," meaning that the researchers can infer that what happens to the fish could happen in human fetuses.

"I really like working on something with a human-related aspect and am excited to apply this to my research," says MacDonald.

The group is using innovative and powerful X-ray fluorescence imaging at the Canadian Light Source synchrotron and the Advanced Photon Source synchrotron in the U.S. to, in effect, take pictures of the fish down to the cellular level.

MacDonald and Korbas have seen that inorganic mercury is less likely than the organic form to cause illness in the fish because it typically accumulates at much lower levels.

In contrast, the fish exposed to organic mercury are much sicker because they have mercury accumulating in important areas such as the brain, eye lens and muscle tissue.

MacDonald has seen how organic mercury can cross through blood barriers in the fish and make them ill. Previous research has shown that similar processes in humans can damage the central nervous system or, in the case of a pregnant female, damage the developing fetus.

The next step for MacDonald is to discover exactly how mercury damages fish tissues.

Members of the group are designing a compound that would neutralize organic and inorganic mercury in the body with better potency and fewer side effects. The team is currently looking to add a member who would synthesize the drug.

This work is still in the early stages, but when the new drug is ready, MacDonald will help test it out on her zebrafish and perhaps better understand how to prevent mercury's toxic effects. From this knowledge, human danger from mercury poisoning might even become a thing of the past.

"There are a billion people worldwide who depend on fish as a primary source of protein and, of course, children are at the greatest risk of toxicity," says MacDonald. "If we could understand mercury better we could say that, in general, it is safe which would be helpful for alleviating the concerns of eating fish for people in developing countries."


Stephen Prestley is a graduate student intern in the U of S Office of Research Communications:
http://www.usask.ca/research/