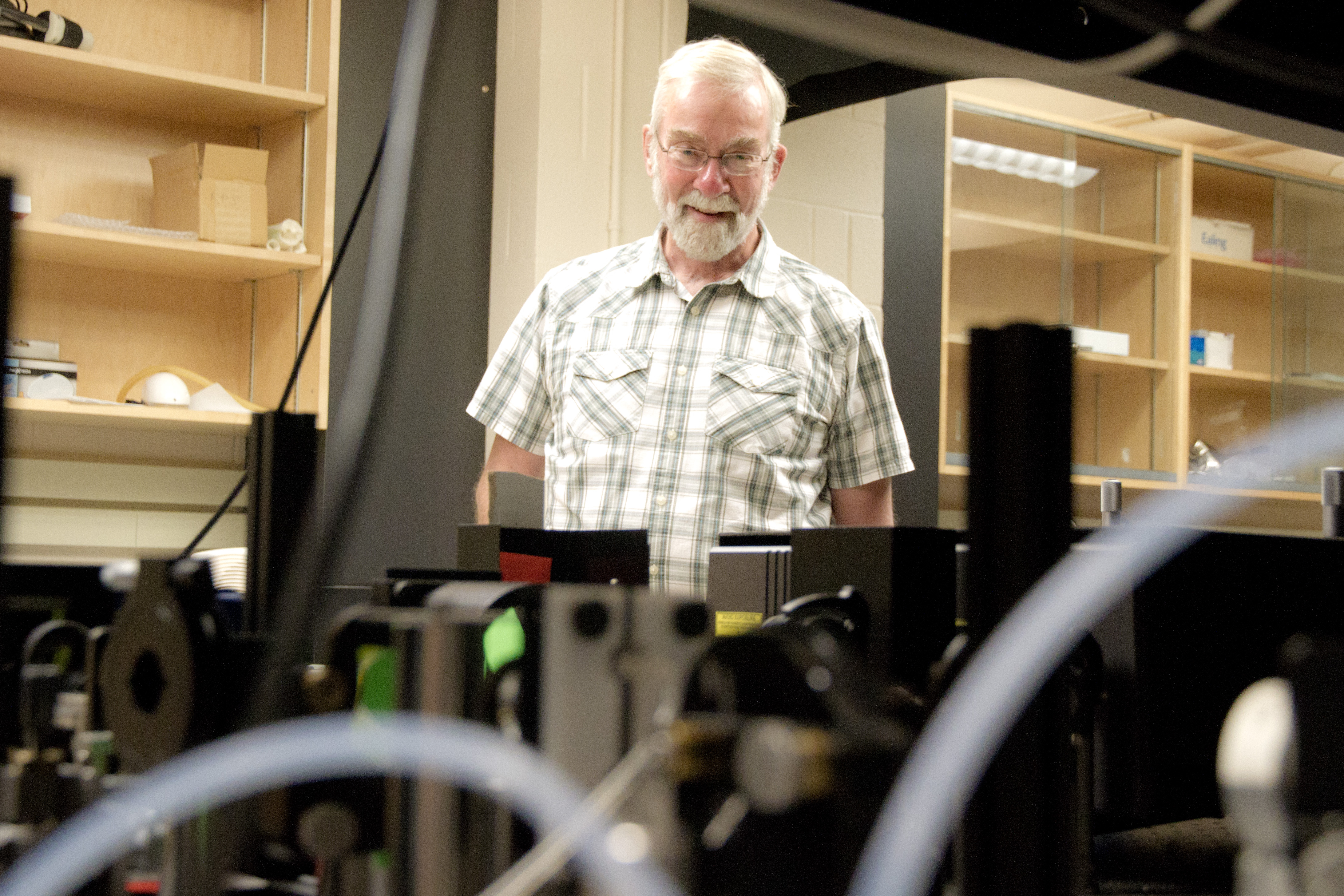 Ron Steer has been a professor in the Department of Chemistry since 1969 and he believes, along with his colleagues Matt Paige, Tim Kelly, Ian Burgess and Rob Scott, that they have found a way to turn traditionally brittle and inefficient cells into robust, sturdy sources of energy.

No coincidence their work is taking place here either, as Steer mentions the number of sunlight hours that several places around the planet get annually and at the top of that list is Southern Saskatchewan and Alberta, which each receive around 2,500 hours of bright sunshine per year, or about 1,361 KwH (based on the peak rating of a photvoltaic cell).

According to Steer, there are two main types of photovoltaic cells that harness this sunlight and convert it into usable electricity. The first is an inorganic cell, or the kind found on the NASA space station for example. While efficient, these cells are very expensive, and this is the main reason why inorganic cells are not used regularly.

The other kind is an organic cell. Made from organic materials, these cells are far less expensive but also less efficient. This is where Steer is hoping to make progress, turning organic cells that are comparatively inefficient and fragile into long-lasting sources of energy.

While some of the more expensive NASA-type inorganic cells can convert 40 per cent or more of the sun's energy into electricity, an organic cell tops out at around 10 per cent, and this number has changed very little over the past 20 years despite heroic efforts, Steer adds.

"We have proof of our principle that indicates we can make a more affordable and reliable cell, but how efficient will the cells be compared to ones that already exist, that's the part we're hoping to succeed with. If we can achieve even the slightest increase, even one or two per cent efficiency of these cells, it could be beneficial to everyone."

Making the cells more efficient is a matter of converting the spectrum of light.

"Essentially, if you take blue light in the visible part of the spectrum, this works well in solar cells. If you take infrared, this does not work well. So, what we've discovered is a way to convert the infrared light into blue light."

The next steps in the process will be creating cells at the U of S and testing the research principles. If the cells work, it could revitalize the solar industry and turn the sunniest place on the planet into a working grid of solar energy.

"For me, these ideas are based on my 31 years of research in this field and there are a number of ways we can improve on current organic cells… We have the proof of principle and soon we'll be at the stage of having working cells."