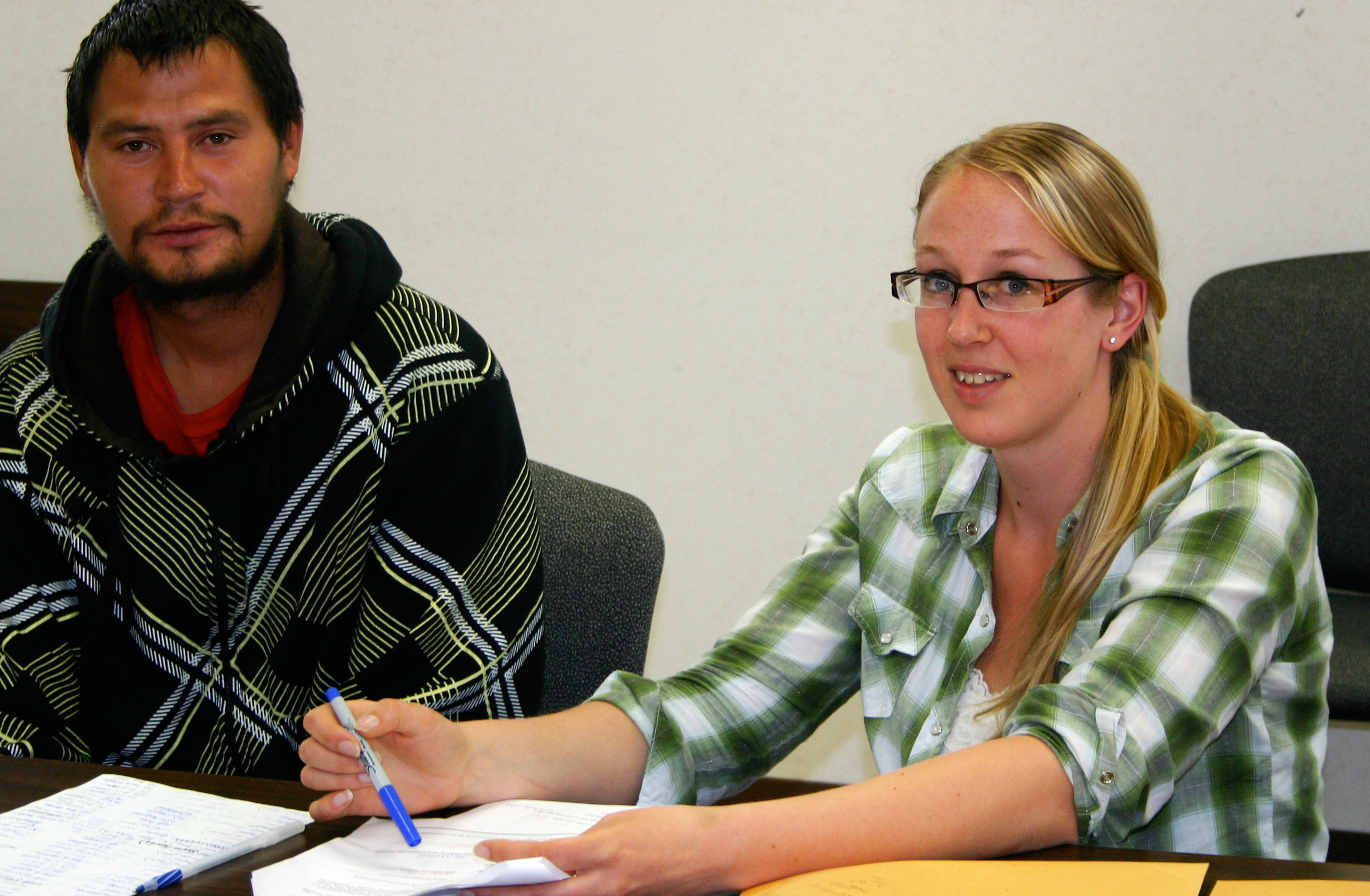 The dogs can act as disease reservoirs, passing parasite eggs in their feces. People then become infected from environmental contamination.

"If we see parasites on the rise in the dog population, then we know that humans in the area are more likely to acquire those parasites," said Janna Schurer, a Western College of Veterinary Medicine (WCVM) graduate student at the University of Saskatchewan.

"We can potentially use these dogs as an early warning system or sentinels to detect the risk of parasitic exposure to humans."

Her master's project looks at the prevalence of various parasites spread from animals to humans — socalled zoonotic parasites. Her work, supervised by Dr. Emily Jenkins, is funded by the Saskatchewan Health Research Foundation and training grants from the Canadian Institutes of Health Research.

"The data we collect from this study will identify the route of transmission of the common zoonotic parasites seen in these areas," Schurer said. "We'll then be able to advise people on how to stay safe."

So far, she has visited six aboriginal communities.

"We've found a prevalence rate of 19 to 51 per cent for dogs infected with one or more parasites," she said. "This is significantly higher than urban areas where only four per cent of dogs were found to be infected in a 2010 study."

Dog-feeding practices, hygiene and access and use of veterinary services all affect the infection rate.

The next step is to determine the actual rates of infection in people.

One parasite of particular concern is Echinococcus granulosus, a tapeworm that causes hydatid disease in people and leads to development of cysts — often in the liver or lungs — that can prevent normal bodily functions.

The parasite naturally cycles among large animals such as caribou, moose and elk and among wolves, coyotes, foxes and domestic dogs. People become accidentally infected through food or environmental contamination.

In 2008, a young girl in a northern Saskatchewan community was diagnosed with a hydatid cyst in her brain.
U of S veterinary and medical researchers travelled to the girl's community to determine the prevalence of the parasite by collecting fecal samples from dogs, as well as blood from community members.

As wildlife is often a big part of the northern diet, raw or undercooked meat can be a potential source of infection for northern residents and their dogs.

"These dogs are useful for deterring wildlife, making the community safer," says Schurer. "But due to limited or no veterinary services in these isolated regions, the dogs aren't receiving medical treatments such as vaccinations and deworming."

So during her frequent sampling trips to collect blood and feces for analysis, Schurer and her research team educate the community — especially children and hunters — about parasites and how to reduce the chance of infection.

"We try to build awareness about health issues related to animals and hygiene," she said.

She also works closely with Team North, a Regina veterinary care organization that travels to remote northern communities to help control zoonotic disease and the dog population.
She plans to pursue a PHD to continue her research.

"I know that I want to continue working with animals and people, trying to improve the health of both," she said. "The ecosystem health approach of improving the environment, animals and people is fascinating to me."