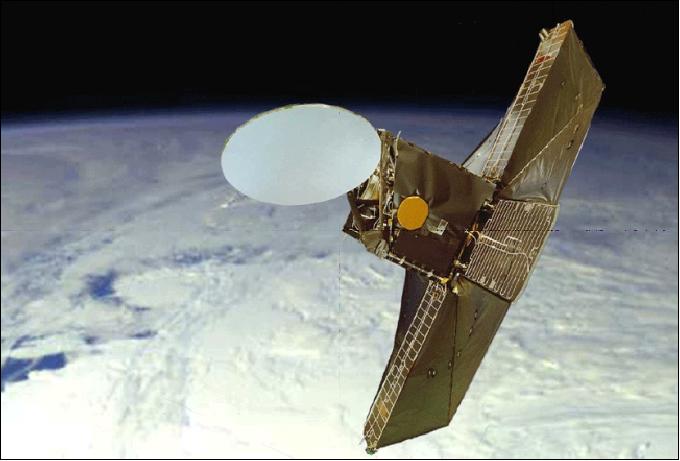 Adam Bourassa, from the U of S Institute of Space and Atmospheric Studies, led the research. He explained that until now it was thought that a massively energetic eruption was needed to inject aerosols past the troposphere, the turbulent atmospheric layer closest to the earth, into the stable layers of the stratosphere higher up.

"If an aerosol is in the lower atmosphere, it's affected by the weather and it precipitates back down right away," Bourassa said. "Once it reaches the stratosphere, it can persist for years, and with that kind of a sustained lifetime, it can really have a lasting effect." That effect is the scattering of incoming sunlight and the potential to cool the Earth's surface.

For example, the massive eruption of Mount Pinatubo in the Philippines in 1991 temporarily dropped temperatures by half a degree Celsius worldwide.

The research team includes scientists from the U of S, Rutgers University in New Jersey, the National Centre for Atmospheric Research in Colorado, and the University of Wyoming. They looked at the June 2011 eruption of the Nabro volcano in Eritrea in northeast Africa.  Wind carried the volcanic gas and aerosol–minute droplets of sulfuric acid – into the path of the annual Asian summer monsoon.

The stratosphere's calm layers are high–from 10 km up at the poles to 17 km altitude at the equator–and it was thought storms could not pierce it. For example, the distinctive flattened "anvil" shape at the top of large thunderstorms is created as the storm pushes against the stratosphere.

Dust from the Nabro volcano, being slightly heavier, settled out, but the monsoon lofted volcanic gas and the lighter liquid droplets into the stratosphere where they were detected by the Canadian Space Agency's OSIRIS instrument aboard the Swedish satellite Odin. The Nabro volcano caused the largest stratospheric aerosol load ever recorded by OSIRIS in its more than 10 years of flight.

OSIRIS, designed in part at the U of S, is used to study the upper atmosphere, particularly the ozone layer and atmospheric aerosols. Originally intended for a two-year mission, the instrument has been functioning flawlessly since its launch in 2001. It circles the earth from pole to pole once every hour and a half, downloading fresh data to the analysis centre at the U of S campus.

"There are only a few instruments that can measure stratospheric aerosols, and OSIRIS is one of them," Bourassa said. "It's become extremely important for climate studies, because we've captured more than a full decade of data. The longer it's up, the more valuable it becomes."

The hope is these latest findings will provide another piece of the puzzle to allow more accurate models of climate behavior and change.

Funding for this research was provided by NSERC, the Canadian Space Agency, the U.S. National Science Foundation, with support from the NASA Aura Science Team.