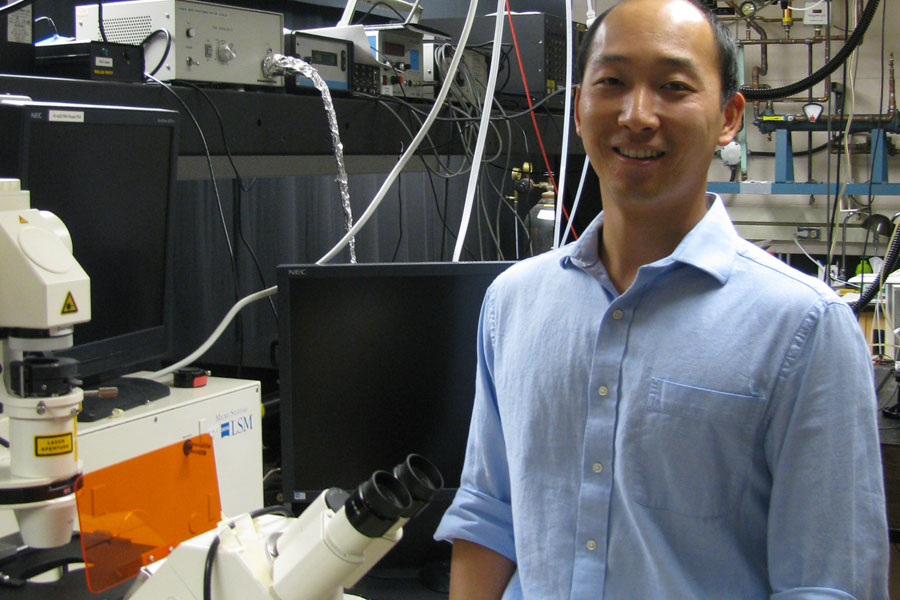 It might sound far-fetched, but as our high-tech gadgets shrink in size, the tiny circuits inside them are becoming more and more vulnerable to particles from space. These so-called "soft errors" can affect everything from computers to cardiac defibrillators and airplane equipment.

"Soft errors used to be a concern only for space applications, but they have become a major source of system failures of electronic systems even at ground level during the past few years," says engineering professor Li Chen.

"The soft error rates can be 10 to 1,000 times higher than typical hard failure rates in integrated circuits."

University of Saskatchewan PhD student Yi Ren is working with industrial partners to design a solution to this emerging problem, known more specifically as a single event effect. The problem occurs when a neutron passes through an integrated circuit, disrupting the circuit's normal function.

Ren says the most advanced integrated circuits are now approaching the nanometre scale (one billionth of a metre), so the effect of one stray neutron from space is actually quite large.

Ren is investigating why a commercially available internet router made by Cisco Systems Inc. can occasionally reset one or two computer servers out of thousands.

His supervisor, Li Chen, points out the importance of protecting against a single event effect. In 2000, Sun Microsystems lost tens of millions of dollars and their reputation was damaged when servers costing over $1 million were found vulnerable to this type of soft error.

Ren conducts his research at the U of S Saskatchewan Structural Sciences Centre (SSSC). After two months of training, he conducted experiments on his own, something which gave him great freedom to experiment.

"From their testing, Cisco knew that the circuit was sensitive to radiation, but they didn't know where. They gave this project to us because we have the laser testing facility at the SSSC and we can keep going based on their findings," he says.

Using a laser 1.6 micrometres in diameter, Ren pinpointed the router's problem. He found exactly which part of one integrated circuit, a tiny system about one square millimetre in size, was causing the system to reset when hit by a neutron.

Ren has redesigned the faulty system, making it more resistant to what he describes as a subatomic "hit-and-run." He is now running tests to determine which of his improved models is most resistant to the single event effect.

SSSC manager Ramaswami Sammynaiken says the SSSC provides a central lab that supports structural science research across all disciplines. He points out that Chen conducts other collaborative experiments with the SSSC and the Canadian Light Source synchrotron.

Along with funding from NSERC (Natural Sciences and Engineering Research Council), Ren's research is funded by partners Cisco and Intersil Inc.

"It's a collaboration. If it was only me from day one, I don't think I could finish my PhD," Ren said.

Thomas Onion is a graduate student intern in U of S research communications.This article first ran as part of the 2013 Young Innovators series, an initiative of the U of S Research Profile office in partnership with The StarPhoenix.