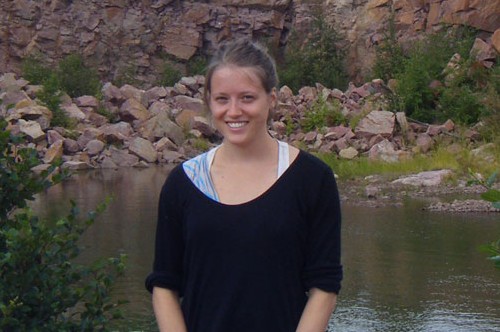 Thankfully, everyone eventually returned home safely and, for researchers Jim Waldram and Julia Scharbach, it presented a valuable opportunity for research with community partners.

"This is the perfect storm of factors that unfolded over a very quick period of time," said Waldram, medical and psychological anthropologist at the U of S.
"Despite this, the government moved very quickly to get people out, and the armed forces moved in to get everyone out safely."

Waldram explained that emergency personnel had 24 hours to evacuate the community, and it could not have come at a worse time. May 2011 had seen a late spring breakup, so travel by ice was unsafe and by water was impossible. Travel from the local airstrip, a vital lifeline in a community with no all-weather access road, was also hampered by the approaching fire and thick smoke. Finally, the community was in the middle of elections, creating uncertainty as to who was in charge.

Waldram explained the community members were triaged using standard procedure: anyone old and infirm, or with respiratory problems, went first, then children, then able-bodied adults. Family members travelled by plane or helicopter to a staging area at Points North Landing. From there, they boarded Canadian Forces aircraft or buses bound for evacuation centres in Prince Albert and Saskatoon.

In the process, many children were separated from parents – and their supervision – while some seniors were cut off from their family support systems.

"Wollaston Lake is an isolated, largely Dené-speaking, dry reserve," said Scharbach, a graduate student in anthropology. "Evacuating from Wollaston to Saskatoon or Prince Albert was hugely disruptive for many community members. Many don't speak English and were unable to communicate with residents of the host communities, many were separated from family members and lost the social support that they rely on, and some experienced discrimination from members of the host communities."

For Scharbach, the case brought to mind a gap in knowledge whose answer could benefit First Nations communities and emergency response organizations in the north.

"Emergency evacuations from northern communities are a staple of most Canadian summers," she said. "Often, we read about how these evacuations affect members of the host communities, in this case, residents of Saskatoon and Prince Albert, but we rarely learn about evacuations from the perspectives of the evacuees."

She and Waldram, her supervisor, approached the Hatchet Lake First Nation to explore a research partnership with the community. A year after the fire and evacuation, Scharbach travelled to Wollaston Lake to interview 59 community members, working alongside three Dené-speaking translators and with community leaders to guide her work.

While she stressed her results are not official until approved by the Hatchet Lake chief and council, she shared some preliminary findings. Topping the list is that family is the core of the Dené community, and that serving one's family and community comes before concern for oneself.

"We found that community members describe the challenges of the fire and evacuation by focusing on the well-being of their families and community," she said. "For example, fathers recall distress because they were unable to enact their roles of protecting and providing for their kin. They coped with this by focusing on the needs of fellow community members, many volunteering as security guards in the evacuation centers."

Scharbach also found that people also used the opportunity to discuss some of the ongoing, chronic issues they see in their community like joblessness and teen pregnancy.

"I think this is interesting, as it implies that in addition to challenges produced by the way the evacuation was organized, ongoing problems in the community influenced residents' vulnerability to the stresses of the fire and evacuation."

The research is the core of Scharbach's master's thesis, and together with complementary work by Waldram, forms a report with 13 recommendations submitted to the Hatchet Lake First Nation.

One idea that stands out for Scharbach was suggested by several residents during her research: evacuate people to nearby communities where many people have family rather than to distant cities separated by chasms of distance, language and culture.

"I think that evacuating to a nearby northern community is a great idea, though it would require that northern communities and organizers develop emergency plans for these sorts of incidents," she said.