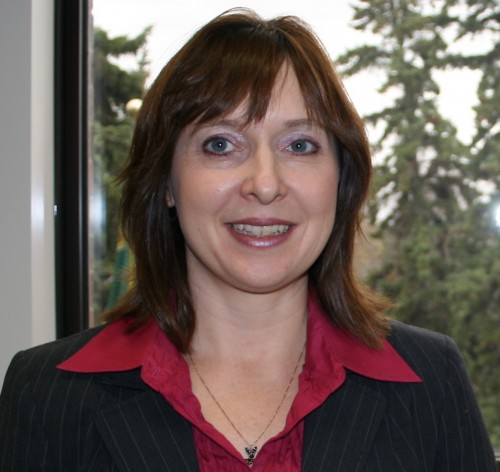 "We've reached the limits of what we can do with our existing systems," said Karen Chad, vice-president of research. "We've committed ourselves to becoming one of the top medical-doctoral universities in the country. We simply can't achieve this without better tools, and it's essential that our research community gets involved in their design."

The new University of Saskatchewan Research Management System (UnivRS), jointly sponsored by Chad's office and Information and Communications Technology (ICT), is envisioned as a single, highly secure suite of online tools, explained Susan Blum, director of research services, who leads the UnivRS team with Monisha Shukla from ICT. The system will allow, for example, online development, collaboration and submission of research grants and ethics applications as well as electronic signatures. Other features include the ability to enter information once to fill in multiple forms, and the ability to track grant and ethics applications online.

Efficiency is the goal, Blum said. For example, the Service and Process Enhancement Project (SPEP) estimated that implementing electronic signatures alone would save many hours of time for researchers simply by eliminating the need to physically move papers to multiple locations around campus.

Rick Bunt, chief information officer and associate vice-president for ICT, explained that the U of S has invested in information technology systems for the foundation areas of financial services, human resources and students. However, research has never received a targeted investment even though it has long been identified as a top priority for the university.

"We are the only U15 university that has not invested in a robust, enterprise-wide research administration system," Bunt said. "With our present patchwork approach we are now in a critical state."

The U15, a group of Canada's leading research universities, admitted the U of S to its ranks in 2011. The group serves as a gathering point for university leaders to work on issues of common interest like federal government operating funding for national science laboratories, or policies regarding international graduate students.

Blum said the UnivRS team identified a host of deficiencies in the current patchwork system in a business case that received the support of the Provost's Committee on Integrated Planning (PCIP) earlier this year.

"The university is dangerously close to not meeting some of the Tri-Agency, provincial, and internal requirements," she said. "These demands are expected to grow, as funding agencies and governments ask us for more information and a higher level of detail in this increasingly competitive research environment."

Blum said support for research administration is one of the highest priority recommendations to come out of SPEP. Inefficiencies in current systems waste time for both researchers and administrators, and limit the university's ability to participate in outside initiatives like the harmonization of human research ethics across western Canada.

The UnivRS development team spent two months conducting interviews with everyone from new scientists to deans and beyond. In October, a request for proposals for a new system was issued. The business case for UnivRS, together with a proposed budget, will go to the university's Board of Governors in March, and the system is expected to begin rolling out in 2014.

In the meantime, vendor proposals are being evaluated and the research community is being encouraged to participate. Blum explained that short-listed vendors will give presentations on their systems in the next few weeks, and researchers are invited to propose actual U of S scenarios during the presentations.