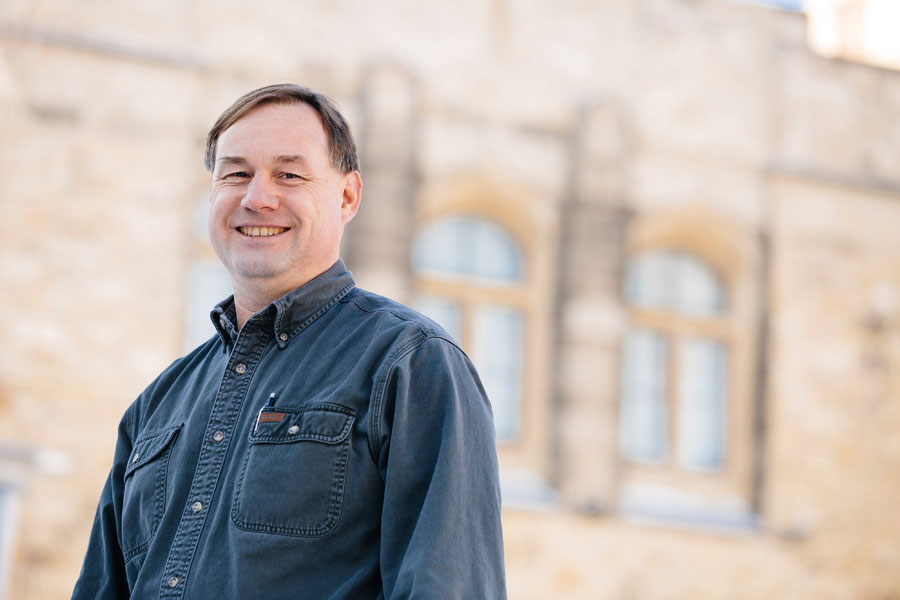 "Our question is what strategies have farmers used over time and in different places to be able to sustain farming for centuries, and in what ways has that changed in the last 50 or 60 years?" he said.

Cunfer and colleague Fridolin Krausmann from the University of Klagenfurt compared centuries-old farming practices in Austria with those of Austrian immigrants who came to Kansas in the American Midwest in the late 1800s.

By raising both crops and livestock, Austrian farmers had achieved a state of equilibrium, Cunfer explained. Every year, farmers would spread manure from their livestock on the soil to replace nutrients used by the crops. The livestock would in turn provide meat, milk, and power to cultivate the land.

The system wasn't perfect —farmers typically had to keep more livestock than necessary for other purposes because they needed the extra manure. Still, for the most part they fed themselves, paid a portion to the landlords and the church, and in good years, had a little extra to trade in the town market. It was a system that sustained high populations in Austria for hundreds of years, providing plentiful labour on little land.

When the North American plains opened to settlement, some Austrians emigrated, drawn by the promise of building a new life on land they owned themselves. Cunfer and Krausmann looked at several families that settled in Kansas and plumbed the records on both sides of the Atlantic to see how things developed.

At first, production was meager as the American immigrant farmers opened the virgin grassland to the plow. Here, land was plentiful; labour scarce. But as the new farms became established, they produced prodigious amounts of grain, enough for their own needs and for export.

Cunfer explained that it was thought the American farmers, with low labour inputs and plentiful land, were simply more efficient than their European counterparts. But it turns out the New World farmers had an advantage: they were tilling virgin soils that had been accumulating nutrients for millennia.

"What I think we've revealed and quantified to a certain extent is that these immigrant farmers, these American and Canadian farmers, were drawing on this ecological account that was stockpiled by nature over 10,000 years," Cunfer said. "They were basically mining nitrogen out of the soil."

This reservoir of soil fertility kept American yields high for more than 50 years. By the 1930s, crop yields started declining dramatically. Most important was the drop in nitrogen, a key soil nutrient.

Although nitrogen is the most abundant gas in the earth's atmosphere, there are few ways to get it out of the air and into the soil other than applying manure or growing pulse crops like beans and peas.

The answer came with the invention in the early 20th century of the Haber-Bosch process that produces ammonia, a compound used in today's fertilizers, from natural gas and nitrogen in the air. Combined with gas and diesel-powered farm equipment, farms on both sides of the Atlantic again increased their production.

"It was revolutionary," Cunfer said. "For the first time farmers were no longer mandated by nature to constantly pull and recycle nitrogen from their own land. Now they could import it from outside. Wheat yields doubled and then doubled again."

The transition to fossil fuel inputs has followed the same pattern around the world and it has allowed farmers to feed a larger world population than ever before. A side effect of this was that some marginal land went out of production and reverted back to nature.

"One thing that was surprising was that with this transition to high-input agriculture, there's usually a reduction in crop land," Cunfer said. "In the U.S. it's something in the range of 15 per cent; in Austria it's about 18-20 per cent."

On the other side of the ecological balance sheet, concentrating large numbers of livestock in small areas have made manure, once an essential commodity, into a liability. Also, use of fossil fuels is contributing to climate change.

"I think what a lot of people are anticipating is that another transition will be necessary going in the other direction, as fossil fuels become more scarce, more expensive, and maybe limited because of the carbon concerns."

Cunfer and his colleagues are looking at farm systems around the world for possible answers. Of particular interest is Cuba, where farmers have had to "go back to essentially what is an organic system" after the dissolution of the Soviet Union in the late 1980s cut off supplies of fuel and synthetic fertilizer.

"The question is, are there strategies from the past that allow sustainable, productive farming with lower energy?"