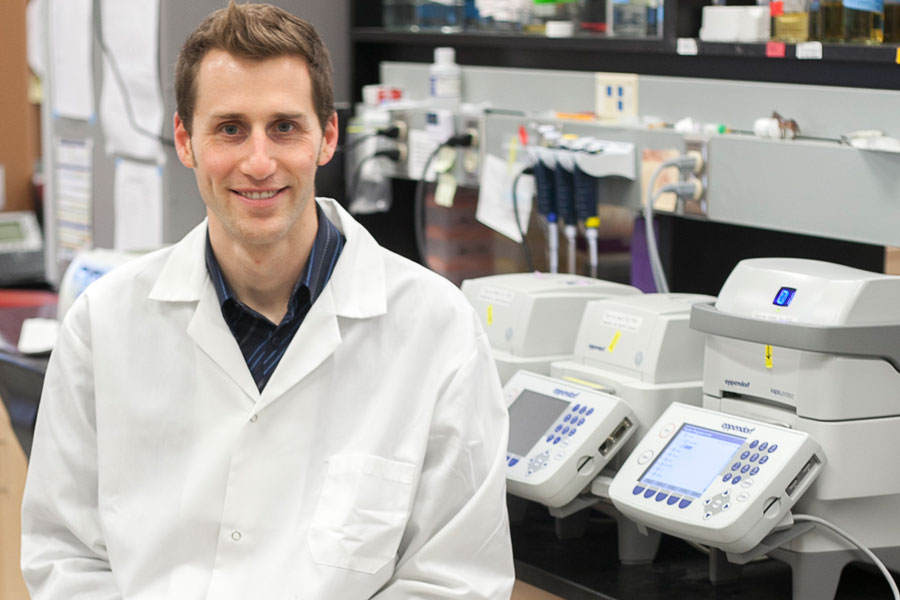 Rubin, who specializes in antimicrobial resistance research at the Western College of Veterinary Medicine, explained he and his team were looking for any bacteria that might be resistant to a class of antibiotics known as carbapenems. They are used for diseases like urinary tract infections and in hospital patients afflicted with pneumonia.

"We weren't looking for an E. coli or Salmonella," Rubin said. "We were looking for anything that would grow in the presence of this drug (carbapenems)."

What they found was "extremely disturbing:" a strain of bacteria that thrived in culture despite the antibiotic. While the species of bacteria is ubiquitous in soil and water and poses little threat to anyone with a healthy immune system, there is no guarantee it will pass on its carbapenem-resistance genes to other organisms, said Rubin.

"Their ability to evolve and adapt is just absolutely astounding," he said.

Rubin is currently doing follow-up work to find out if the antibiotic-resistance traits they found are an anomaly or common in foods. His efforts have attracted the attention of scientists at the Public Health Agency of Canada who are working with Rubin to study this issue across the country.

"They are very interested in finding out where these problems are," he said. "We're going to be expanding out—looking at a number of different sites across Canada to see just how widespread these organisms are and if this is something really anomalous, or something that's indicative of a bigger problem." Rubin hopes the work sparks a change in policy. Currently, if a disease-causing organism such as Salmonella is found in a food, it is removed from store shelves. Antibiotic resistance in harmless bacteria would not trigger the alarm.

"Internationally, we need to start targeting carbapenem resistance, looking for the genes and resistance phenotypes, rather than just looking for specific organisms," he said.

While he cautioned against sensationalizing the issue, Rubin emphasized that it must be taken seriously. He pointed to the possibility of a post-antibiotic age, at least for certain types of bacteria. So far, scientists have come up with alternatives for treating drug-resistant species like Staphlococcus aureus (MRSA) but when it comes species like E. coli, "we're pretty much at an innovation standstill. There's really nothing new in the pipeline."

Fortunately, the carbapenem- resistant bacteria discovered in the Saskatoon squid are more of a wake-up call than a threat, in that it was still susceptible to other antibiotics. In the meantime, Rubin counsels good food hygiene as the first line of defense at home. This includes measures like using a different knife and cutting board for raw meats than for ready-to-eat foods, cooking thoroughly and disinfecting surfaces regularly.

"Meat hygiene would certainly be the number one thing any member of the public could do," he said. "That holds true whether it's for this type of resistant organism that we've identified or any of the gastrointestinal pathogens."