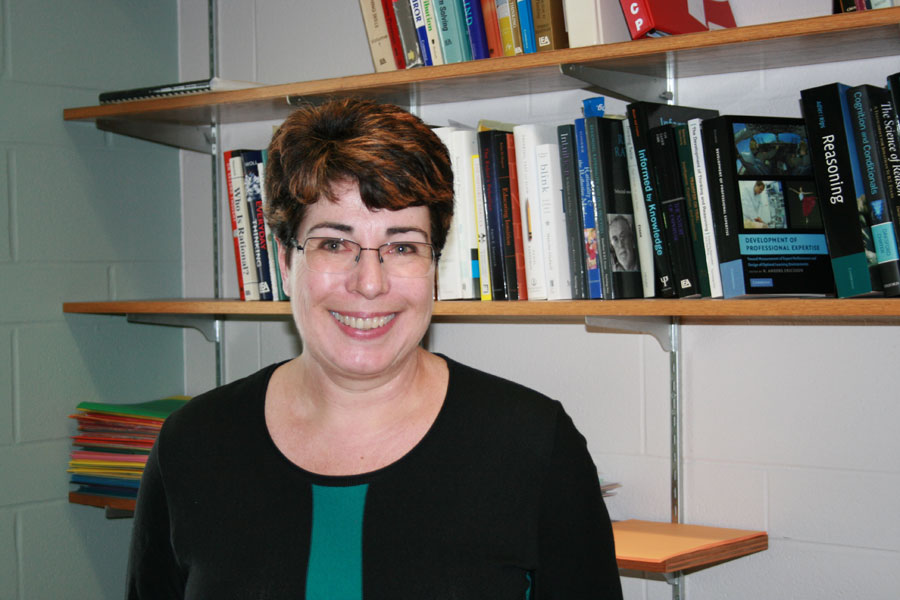 "We have a limited capacity for thinking," she said, explaining that the conscious mind exists at a bottleneck between the vast amount of information pouring in from the outside world and the enormous amount of data stored in long-term memory.

"You can hold more items of information and do less with them, or you can think a lot about one or two items," she said. "So you trade off capacity versus power."

People use quite a few short cuts to make up for this lack of processing power,Â some of which are well-known in the marketing world.

"Marketing specialists have been working for years to modify your behavior with regard to what you put in your shopping cart, and they're very, very good at it," Thompson said. "They appeal to all sorts of aspects of behavior that you probably don't realize are being appealed to."

One strategy is anchoring. Price an item at $20 and it gathers dust. But price it at $40 then mark it down to $20 and it will often start flying off the shelves. The initial price sets the perceived value of the product, and the discount signals a bargain to be had.

Thompson explained these gut decisions are very common in the grocery store, where myriad choices force people to use a variety of strategies to get the shopping done in a reasonable amount of time. Familiarityâ€”buying what you've bought before or have seen in an advertisementâ€”is one. Attractive packaging and words like natural, quality and organic also provide decision making short cuts.

"Cues like familiarity, or colour, positionâ€”next to the checkoutâ€”these are perhaps not the best cues to use," Thompson said. "But they're easy to use, so we are really used to employing them to simplify the decisions we make."

Generally, the larger and more important the decision, the more likely we are to slow down and give it the benefit of analytical thought. But not always.

"Think about a decision to buy a house. Now, this is the biggest investment somebody's going to make. There's nothing else that you will spend as much money on. But a lot of the thinking is rationalization after the factâ€”you just love the house."

That said, just because it's a snap decision doesn't necessarily mean it's unreliable. In fact, it's a quick way to eliminate options that obviously won't work. But before signing on the dotted line is the time Thompson counsels to engage analytical reasoning to answer questions such as proximity to schools, commute times and other practical matters.

Also, it is possible to trust intuitive reasoning alone. You just need the experience to back it up.

For example, the mind of a chess grandmaster, trained by thousands of games, can automatically weed out irrelevant or non-productive moves. This leaves only a few promising paths to pursue with close analytical thought.

But one mental short cut that can get us into trouble is prior belief. Thompson explained this causes people to give more weight to evidence or arguments that support their beliefs and pay more attention to information that is consistent with their views.

"People are actually very good at preserving belief systems," she said. "They will go a long way to defend them, even in the face of contradictory evidence."

Thompson cited the example of Queen Elizabeth I, who lived in a time when women were thought to be unsuitable or even unable to handle positions of power. Nevertheless, society accepted her.

"After demonstrating how capable and worthy she was to serve in that role, people didn't just have a radical change of mind. She was marked out as an exception. So we preserve the belief system even though we've got this exception."

Another pitfall is previous decisions.

"We're not that good at knowing when the initial decision is unsound," Thompson said. "Fortunately, for many decisions, the cost of making an error is small, which is why I suspect we rely on these sorts of short cuts so much.

"For others, the cost of an error is huge, and we pay for it," she said, citing the "egregious decision making" behind the 2008 banking crisis that rocked the world's financial system to its foundations.

For Thompson, it comes down to being aware of our mental limits and short cuts and asking some questions when there is "a decision that deserves our rational thinking." Are previous decisions, emotions or beliefs colouring our judgment? In the end, we're left to make up our minds on our own.

"We can be well or poorly served by intuitive judgments. The trouble is we're not very good at telling the two situations apart."