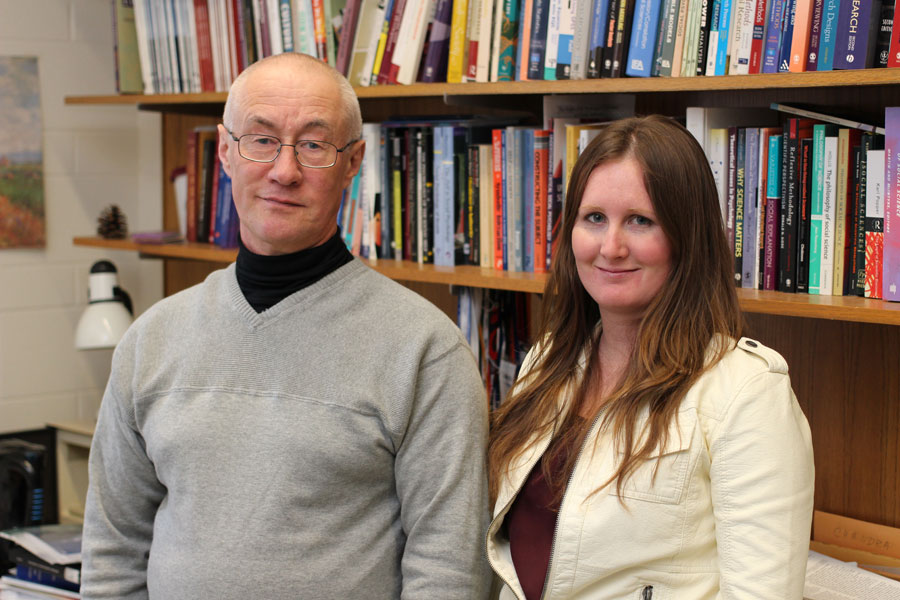 In March, the International Minerals Innovation Institute (IMII) announced $786,000 in funding for a project aimed at making Saskatchewan's mining industry a world leader in safety. The project, co-led by Valery Chirkov, U of S professor of psychology, and SIAST's nursing co-ordinator, Lyle Grant, will examine safety programs, practices, attitudes and cultures at six participating mining companies. Teams at SIAST and the U of S will divide the topic areas between them.

In safety science, explained Chirkov, there are two dimensions to consider. The first is the engineering side, the tools and equipment that protect people from dangerous situations. The second is the human side—and that, Chirkov noted, is where a psychologist comes in.

"We need to know how people think about safety," he said. "Why do they drive and talk on their phones although they know it is not safe? The same psychology works in the mining industry, with a more disastrous effect when it happens."

Over a two-year period, Chirkov, grad student Jade Anderson and their team will meet with leaders, trainers and workers at mining companies to assess the ways psychological factors affect safety outcomes.

At the end of two years, the researchers will provide the participating companies with a report benchmarking each company's results against the others and against best practices uncovered in a review of safety research literature.

The report will also detail areas warranting further study for a potential "phase two" of the project.

Some of these areas may be unique to Saskatchewan industry. Chirkov gave the example of ethno-cultural factors; in remote mines, a large percentage of employees are Aboriginal and international workers who may have cultural preconceptions of work and safety that differ from those of their employers.

"So in order to smoothly integrate these workers into this dangerous environment," explained Chirkov, "we need to know with what cultural models about safety are they coming into work? Do we need to have sensitivity training or cultural training to make their understanding of safety similar to the rest of the workers?"

To Chirkov, who considers himself a "handyman" at heart, the prospect of applying practical changes to industrial safety practices holds great appeal. But such a project also has a deeper pull for the scientist in him.

Chirkov and Anderson are currently recruiting a team of psychology graduate and undergraduate students to carry out the work over the next two years.

Chris Putnam is communications officer in the College of Arts and Science.