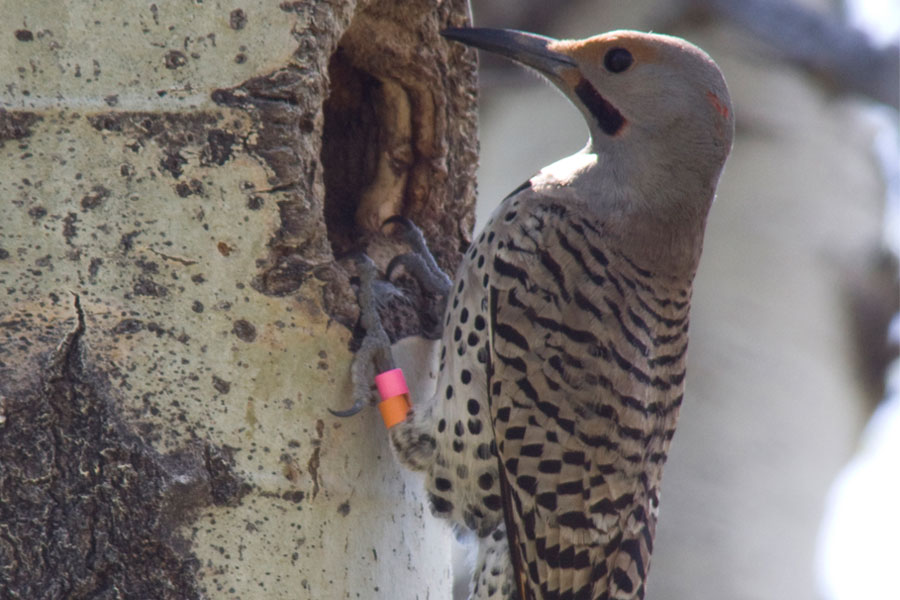 "Females wintered, on average, farther north than males, although there was overlap throughout their nonbreeding range," Gow said. "This pattern contradicts those of other species."

Sex differences in migration distances are well known, but it's the first time researchers observed female birds that travel less far than males. Their findings are published in the journal Royal Society Open Science.

Gow and Wiebe explain this discrepancy is likely because in northern flickers—a type of woodpecker—males invest more in parental care than females. Because of this, males travel farther south to make sure they spend their winter in a warmer, snow-free habitat with more abundant food. This supports something called the "fasting endurance hypothesis," that is, the longer an animal can go without food, the less likely it is to migrate.

Northern flickers are native to most of North America, parts of Central America, Cuba, and the Cayman Islands. Gow and Wiebe looked at populations east and west of the Rocky Mountains in western Canada. The researchers used both leg band recoveries and geolocators to track the birds. The work is part of Wiebe's long-term study of flickers that has been going on for 18 years.

"We found that northern populations migrated farther distances than southern ones," Gow said, adding that some populations appeared sedentary and did not migrate at all.

Because many bird species are declining, she explained it is important to document the link between breeding and wintering sites to help guide conservation efforts.