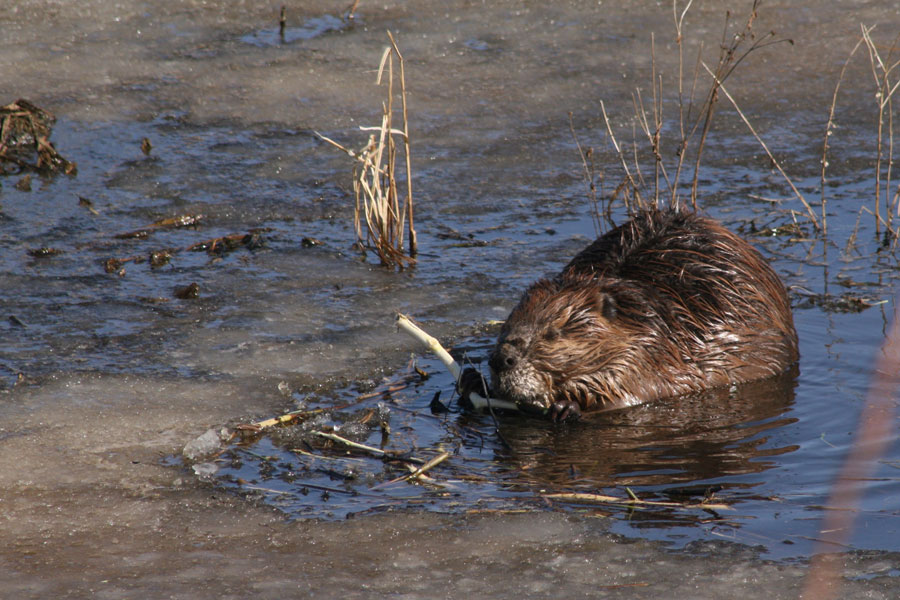 The researchers also noted an associated increase in methane emissions from those ponds. At the end of the 20th century, beaver activities contributed up to 800 million kilograms of methane to the atmosphere each year, about 200 times greater than in 1900.

And on balance, that is a good thing, explained Colin Whitfield, hydrologist with the Centre for Hydrology at the University of Saskatchewan.

"We found that valuable habitat area has been established by beavers over the last century," Whitfield said. "While this habitat contributes to global methane emissions, the magnitude of this methane source is lower than many other natural sources and unlikely to be a dominant climate-change driver."

Beavers are architects of geomorphic change; they drastically alter water flow through a landscape and their dams create ponds where there was once swift-moving water. Carbon-rich plant matter decomposing in the oxygen-poor pond bottoms releases methane into the atmosphere, Whitfield explained.

Colin Whitfield, hydrologist with the Centre for Hydrology

"It has long been known that the release of methane from beaver ponds is more intense than for other types of wetlands. With the species' re-establishment and population growth in regions where beavers have been introduced, we set out to quantify whether the methane produced would be large enough to be significant.

"We found global beaver numbers have grown dramatically on the three continents they currently inhabit North America, Eurasia and South America, to a population of over 10 million," he said. "We estimate this has led to the creation of more than 42,000 square kilometres of aquatic pond areas as well as over 200,000 kilometres of shoreline habitat."

The result is habitat for birds, greater biodiversity and improved water quality.

"Continued range expansion and population growth in combination with anticipated increases in surface water temperatures suggests that the contribution of beaver activity to global methane emissions may continue to grow," said Whitfield.