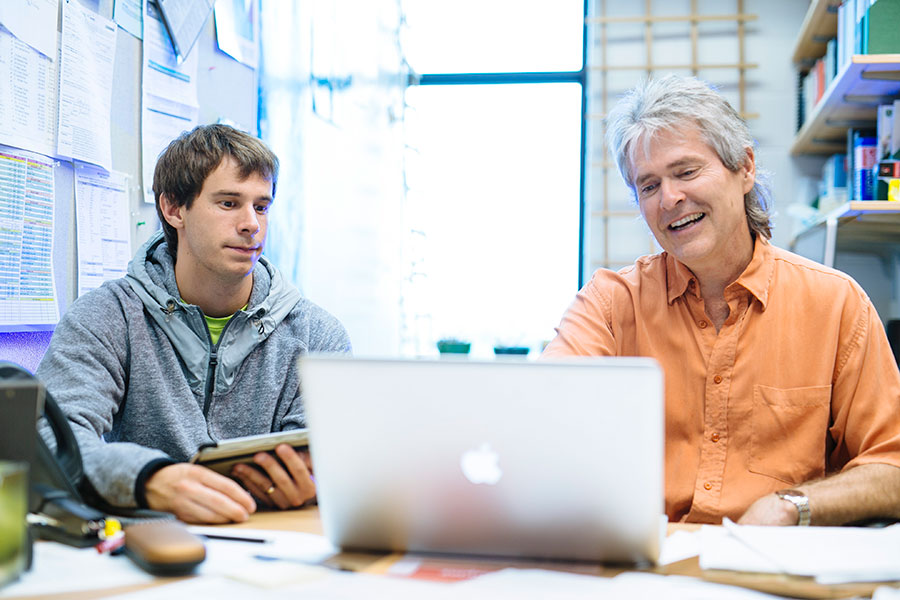 Trost, now a recent graduate, and his supervisor, Anthony Kusalik, have developed PIIKA, a new software system currently used by the U.S. National Institutes of Health's integrated research facility in Maryland to study how Ebola infects cells and what cells do to fight the infection.

The Ebola virus, one of the most lethal in the world, causes severe hemorrhagic fever which has case fatality rates of up to 90 per cent.

"Clearly Ebola is a major concern given the unprecedented outbreak in Africa," said Trost. "Better understanding of how Ebola hijacks cell signaling mechanisms will ultimately allow us to develop better treatments."

The team is in the vanguard of a new field called bioinformatics that combines computer science and molecular biology. When U of S biochemist Scott Napper needed a way to analyze massive data from a new microarray technology used in his cell signaling research, he turned to the computer science team.

The software is tailor-made to analyze enzymes called kinases which tell cells how to maintain their normal functions and respond to external agents through signaling pathways. It allows researchers to compare data collected from several protein samples all at the same time, making the process faster and more accurate.

"This new software system provides the scientific community with novel insight into the molecular mechanisms of Ebola," said Kindrachuk, who recently returned from Liberia where he was scientific lead for a diagnostic laboratory that is part of the U.S. government Ebola support effort.

"PIIKA has become a critical tool in my research and will continue to be used because it provides powerful analysis, is easily available to the research community, and is user-friendly."

To help identify potential drug targets for Ebola, liver cell cultures were infected with the virus and the cell signaling responses were observed. Critical signaling pathways were then identified and interrupted with enzyme inhibitors.

The NIH-U of S team, led by Kindrachuk, was able to show in lab tests that if this signaling is interrupted, the virus does not replicate. The procedure also provided partial protection from Ebola in mice. The results were published earlier this summer in the Journal of Virology.

"Scientists compared data collected from infected and non-infected cells, and our software validated their results from other experiments," said Trost, a co-author of the paper.

Trost, whose work is funded by the Natural Sciences and Engineering Research Council, was a U of S recipient of the prestigious Vanier Canada Graduate Scholarship in 2009. He thinks bioinformatics has great potential to improve human health.

"The chance that I might one day play even a small part in improving treatments for human diseases is a huge motivator for me," he said.