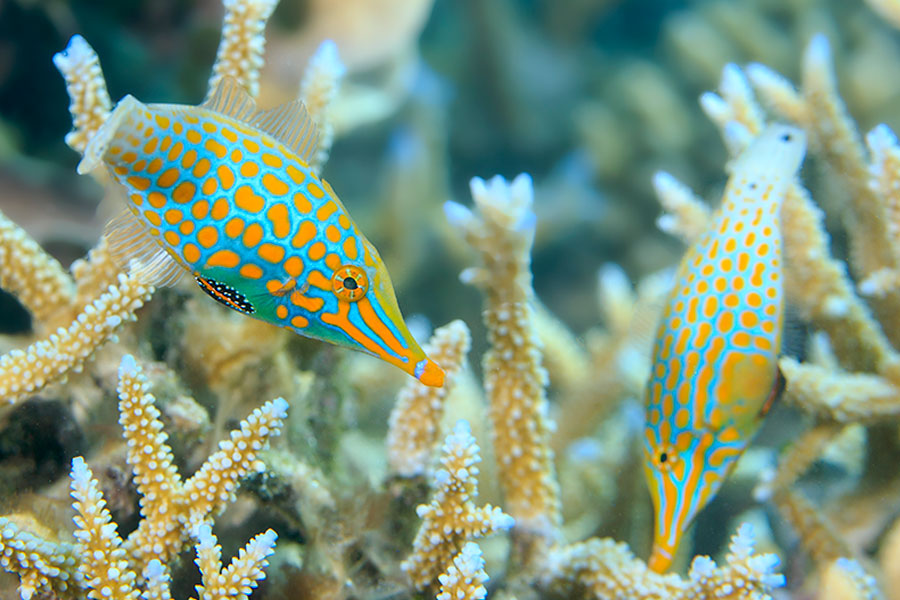 The harlequin filefish is found in the Great Barrier Reef off of the northern coast of Australia. Not only can it blend in with its colourful surroundings—it also changes its smell to ward off potential predators.

The fish eats the coral and takes on the smell of it. This allows the fish to trick its predators into thinking it, too, is part of the reef. This is the first case of "smell camouflage" found in a higher order vertebrate.

"Camouflage in nature is more than just visual," said Doug Chivers, professor in the department of biology and contributor to the project.

"The addition of olfactory discrimination—smell camouflage—gives the filefish an advantage to avoid being eaten by their predators."

The paper, published by Chivers, as well as Rohan Brooker, Philip Munday, and Geoffrey Jones from James Cook University in Australia, was published in the journal Proceedings of the Royal Society B.