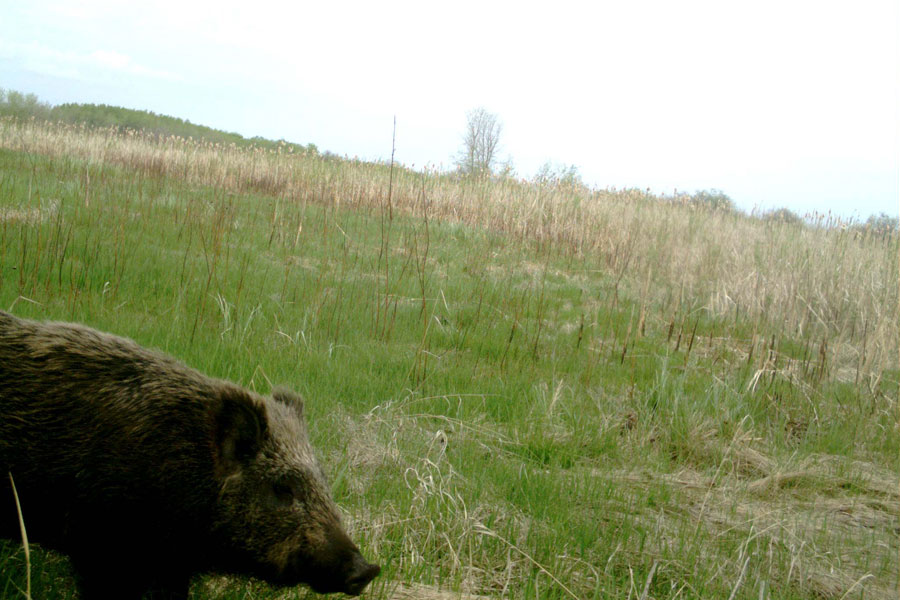 "I don't think many people in Saskatchewan are aware of how severe the impacts of feral wild boar can be," said University of Saskatchewan researcher Ryan Brook, who has just published what he believes to be the first peer-reviewed scientific study of the animals in Canada.

"Feral boar are quite elusive and primarily nocturnal so many people have boar (in their area) and don't know it."

Brook has been sounding the alarm about the dangers of feral wild boar since he arrived at the University of Saskatchewan in 2010. His latest research, with colleague Floris van Beest from Aarhus University in Denmark, shows the animals have become established right across the province – and the clock is ticking on getting them under control.

"Feral boar are widespread but most likely at low densities so as of right now, total impacts are probably generally low," Brook said. "The big concern is what will happen in the near future if the boar population continues to expand and increase."

Imported as an alternative livestock option for farmers in the 1990s, wild boar have easily adapted to Saskatchewan's harsh climate. They have one of the highest reproductive rates of any large animal, with sows producing two litters of six or more piglets every year.

"If nothing is done then we risk having more feral boar than people in the province and at that point the costs of taking action are far greater," Brook said. "Early action will have huge economic savings."

Wild boar have made their presence known in various parts of the province. The area in and near Moose Mountain Provincial Park is a particular hot spot, where local ranchers and farmers have banded together to hunt them in a formal eradication program.

But little was known about wild boar distribution over the entire province until Brook and van Beest surveyed all 296 Saskatchewan rural municipalities. Although the animals are mostly active at night, there were enough sightings to determine that feral wild boar likely exist in 70 per cent of the province's RMs.

The researchers also observed that control plans are spotty and sporadic across the country, and call for "aggressive and co-ordinated action" both across Canada and the neighbouring U.S. states to meet the threat. Brook explained that sport hunting has little impact on population growth, so provincial and municipal authorities will need to consider aggressive options such as hunting from aircraft, at night, using trained dogs and ground trapping.

"We'll probably need all of these in the tool box to be reasonably effective," Brook said. Since some of these options are not currently legal in Saskatchewan, the solution will require both legislation and a public policy response. There also needs to be tighter regulations on how wild boar are farmed in the province.

"Certainly right now the production of domestic wild boar is really unregulated, so you have some operations that are very well run and follow or exceed provincial guidelines, while others have major security issues," Brook said, citing one 2013 example where about 400 wild boar escape from a ranch in southeast Saskatchewan.

Brook stressed that any solution must include active partnership with farmers, hunters and other rural stakeholders, especially since they are the eyes and ears of an effective control program.

"When people are actively engaged in the issue and their knowledge is used and respected, they are much more likely to be actively involved in addressing the problem."