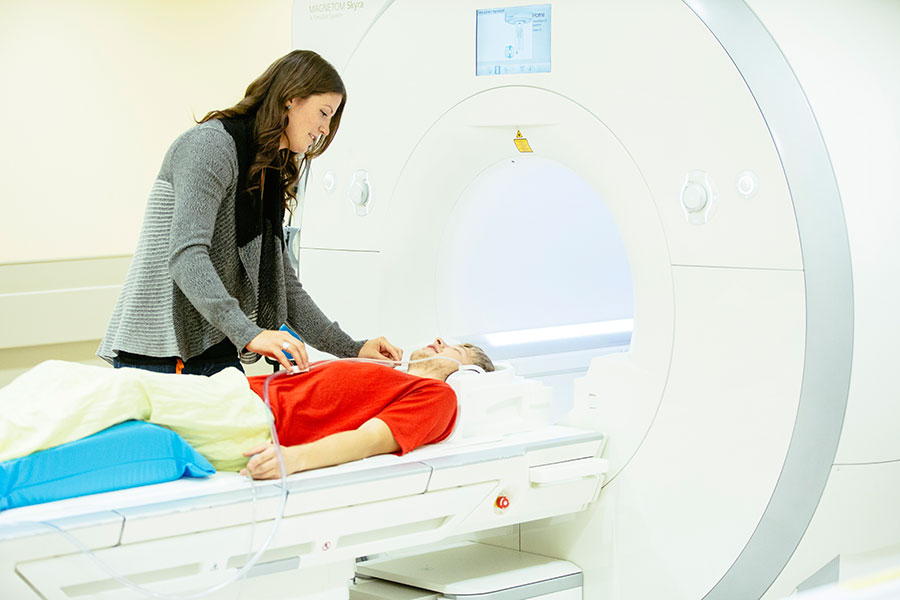 University of Saskatchewan neuroscience student Layla Gould is investigating uncharted regions of the brain, mapping out which areas are used for reading and picture processing—information which is already helping brain surgeons in Saskatoon.

She explains that we read using two different pathways in our brains—the dorsal stream which can be used for words like "won" that are sounded out, and the ventral stream used for familiar words like "one," especially if they don't follow usual sounding-out rules.

Better understanding of how these two streams work will help develop strategies for people with reading disabilities such as dyslexia. If someone is suffering from dyslexia due to ventral stream damage, they can be taught how to use their dorsal stream instead.

Some scientists believe humans developed a region of the brain specifically for reading, but Gould has found that this area is also used for other types of visual recognition.

"We are finding evidence that words and pictures share a common system. There can be unique regions for both, but there is also overlap," she says.

"With this measure, the knowledge that the field will gain about how visual identification works, and in general, how the mind works, is enormous."

Gould's work is already helping neurosurgeons at RUH by providing a more precise map of each patient's brain. Along with Dr. Paul Babyn, U of S head of medical imaging, and post-doctoral fellow Marla Mickleborough, Gould has been screening patients before surgery and demonstrating which regions need to be avoided when under the knife.

"No two brains are exactly the same. We can know general areas, but there can be centimetres of difference between each person. It's hard for a surgeon to know if they are going in blind, but with us doing an fMRI beforehand, they can avoid certain language or picture processing areas," Gould says.

Such practical applications are encouraging to Gould, who has a minor in linguistics and had planned to become a speech pathologist.

"I was always interested in language and wanted to help people with language disorders, but then I started taking neuropsychology courses and found a passion for studying the brain," she says.

Gould earned a master's degree conducting this research and has already begun work on her PhD.  She was awarded $105,000 from the federal funding agency NSERC (Natural Sciences and Engineering Research Council) to continue her research and map exactly where those overlaps are happening in the brain.

Her supervisor has also provided NSERC funding for her to attend invited talks and academic conferences from California to Spain.

"I'm so grateful to be a part of Ron's lab which has set me up for these amazing opportunities. I don't at all take them for granted," she says.