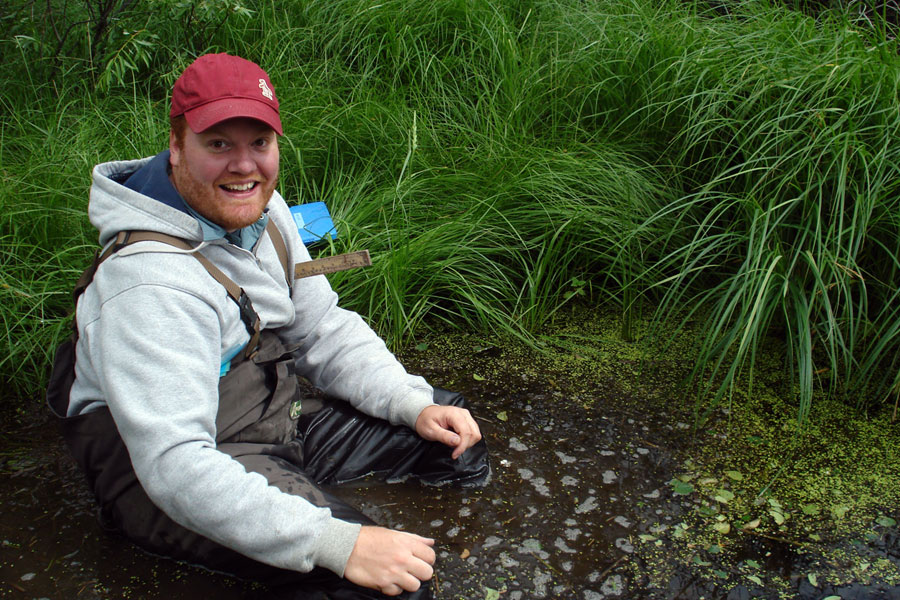 His University of Saskatchewan research team, led by biologist Christy Morrissey, aims to
determine whether neonicotinoids, a controversial class of insecticides chemically similar to nicotine, are contaminating wetlands.

"Wetlands provide flood storage, habitat and food resources to many species, but increasing use of agro-chemicals may be degrading these important freshwater resources," said Main. "Our lab is currently studying the safe limits for all the different neonicotinoidsdetected in water."

Almost all Canada's canola—the country's second most cultivated crop—is treated with neonicotinoids, and the insecticide is also commonly used on soybeans, corn and pulses.

"Our work could help regulators make decisions on pesticide safety in Canada and abroad," said Morrissey.

Main said neonicotinoids were found in about 90 per cent of water samples he collected in 90 wetlands in the spring of 2013. The analysis was done by the National Hydrology Centre in Saskatoon.

The highest quantities of the insecticide exceeded more than 10 times the Canadian government's recommended levels for another chemically similar compound, and 100 times the European Union safety levels, he said.

In 2012, more than 40 per cent of the cultivated lands surrounding wetlands on the Prairies were planted with treated seeds, Main said. Neonicotinoids pass from the seeds to the soil and are carried to the wetlands during snowmelt and rainfalls. High concentrations in spring snowmelt long before seeding is concerning, Main said, because it may mean the chemical can persist in the soil for years.

"The fieldwork has confirmed that neonicotinoids are highly persistent in the environment and can readily be transported to surrounding wetlands," said Morrissey.

Due to their success in controlling pests, neonicotinoidsare used in Western countries on 80 per cent of treated seeds. But debate rages internationally as to whether the insecticide is the cause of the decline in honeybees and other non-targeted invertebrate populations important for survival of other species.

"We are now working to identify the specific effects on these groups and food chain effects including insectivorous birds," Morrissey said.

The insecticide industry says neonicotinoids are safe because they are minimally toxic to humans and other vertebrates, unlike older spray insecticides such as DDT. But since long-term effects on other species are unknown, Europe recently banned neonicotinoids for two years pending further research results.

Main, whose research is funded by the federal Natural Sciences and Engineering Research Council and a Saskatchewan government scholarship, earned degrees in history and landscape architecture before embarking on his PhD in environmental sustainability.

He is now looking at the factors, such as size and depth of wetlands, that increase the chance of contamination, as well as possible ways to safeguard wetland biodiversity.

Preliminary results show that plant buffers seem to help. Main is doing greenhouse experiments to test the natural ability of aquatic wetland plants to filter neonicotinoids from the water.

"If proven effective, farmers could leave a ring of vegetation around wetlands large enough to stop or limit the contamination," he said.

The team's final research results are expected by 2016.