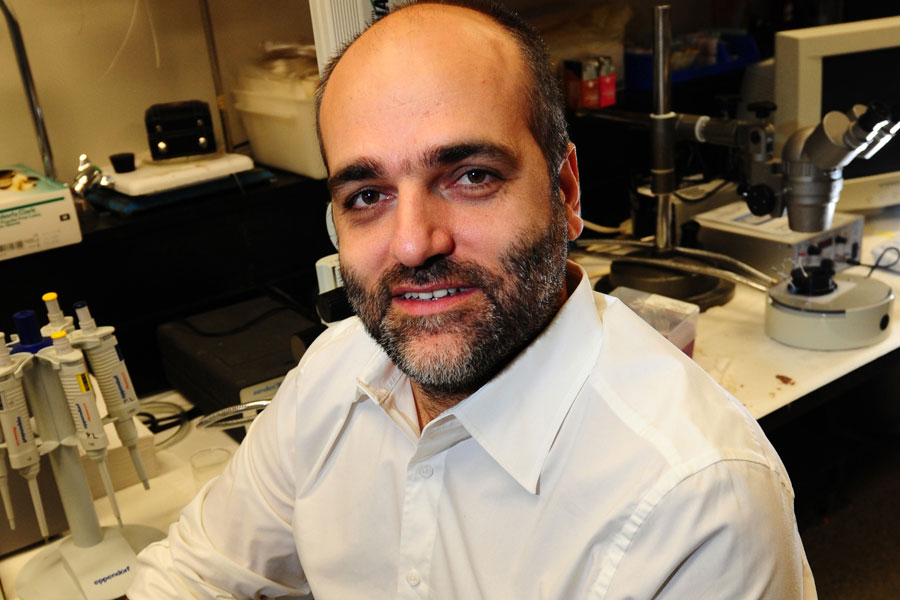 "We discovered that the airway responds to inhaled bacteria by secreting airway surface liquid," said Juan Ianowski, assistant professor of physiology in the U of S College of Medicine and lead researcher on the team. "This is a previously unknown component of the immune defense."

The discovery suggests that by helping this component function better – for example, through early and sustained use of antibiotics – it may be possible to improve lung function in cystic fibrosis patients. The findings were published Aug. 18 in the Proceedings of the National Academy of Sciences (PNAS).

Airway surface liquid, or ASL, is part of the "mucociliary" system. The ASL consists of a mucus layer that traps bacteria, dust and other particles and a thinner liquid layer on which the mucus "floats" as it is swept out of the lungs by tiny hair-like cilia. The ASL also has bactericidal properties, not only trapping potential disease-causing microbes, but inactivating and killing them.

Over the last decade, scientists have hypothesized that in cystic fibrosis, a mutation to a gene called CFTR interferes with the production of ASL. The lungs of people with the mutation, as well as those of test animals like pigs, ferrets and mice, all fail to respond to inhaled irritants and other threats that would prompt strong ASL production in healthy individuals.  Also, the ASL that is produced has poor bactericidal properties.

Until now, however, it has never been possible to answer two central questions: do bacteria trigger ASL secretion in the airways, and what is the role of CFTR in the process? The research team came up with a novel synchrotron-based method that unlocked the answer.

Armed with the new technique to measure airway fluid, the researchers exposed swine tracheas to three of the most common bacteria that cause problems with cystic fibrosis patients. All prompted increased production of ASL, confirming its role as part of the immune system's response to inhaled bacteria, a role that is compromised by the mutated CFTR gene.

The work, funded through a grant from Cystic Fibrosis Canada, supports a growing body of evidence that this inability to clear microbes from the lungs is at the root of airway disease in cystic fibrosis patients, which eventually destroys lung tissue and contributes to illness and early death.