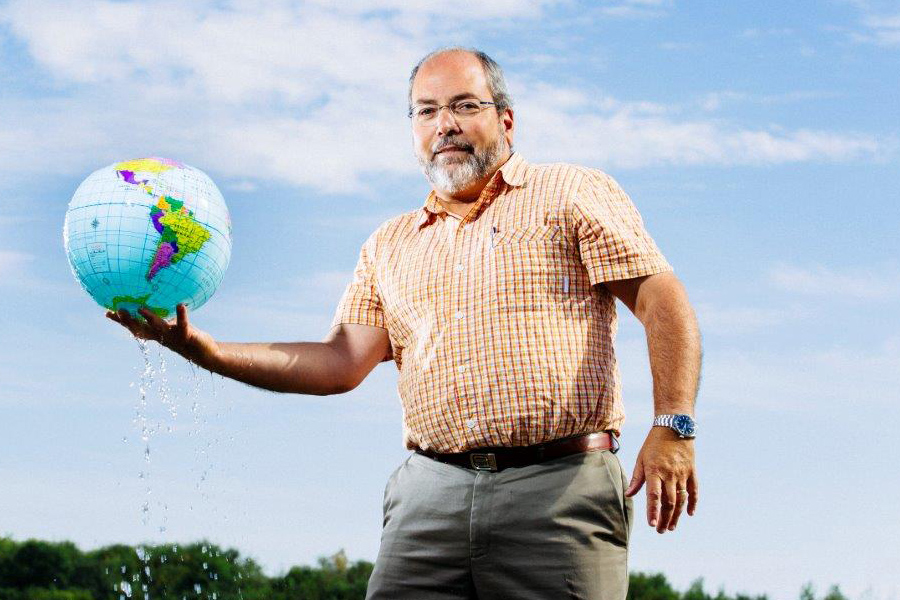 "Our results show a direct link between wetland drainage and peak streamflows during a flood," said John Pomeroy, director of the Centre for Hydrology and Canada Research Chair in Water Resources and Climate Change. "By restricting wetland drainage in the future, or restoring wetlands, we could reduce infrastructure costs from floods, such as washed-out roads and flooded communities."

Pomeroy led the research team that simulated wetland storage and runoff for the Smith Creek watershed located about 60 km from the city of Yorkton in southeastern Saskatchewan. Â The area covered by wetlands in this watershed has decreased from 24 to 11 percent between 1958 and 2008.

Using a U of S-developed computer model and detailed measurements collected from 2007 to 2013, the team tested several scenarios, including what runoff would look like if wetlands were restored to their historic 1958 levels, and if they were drained completely.

"We found that wetland drainage has a very strong impact on streamflow in flood conditions," Pomeroy said. "For the 2011 flood, complete restoration of the wetlands to their historic levels decreases the flood peak that year by nearly a third. Conversely, complete drainage of wetlands increased the 2011 flood peak by 78 per cent."

Pomeroy explained that in the past, wetlands were often considered to be of little value and simply obstacles to cultivation. This latest research confirms that wetlands effectively buffer hydrological extremes: in summer water evaporates from them, lowering their water levels, in winter they freeze and then in spring they thaw and start to fill with snowmelt runoff.Â Recently there have been contributions of high rainfall in late spring and early summer.Â Only when completely full do they spill over and connect to adjacent wetlands and streams and contribute to streamflow.

"When wetlands are drained, snowmelt runoff water goes directly into streams and rivers instead of being stored and this can increase streamflow discharge substantially," Pomeroy said.

For example, the large flood of 2011 was driven by snowmelt filling wetlands that already stored water from the wet spring and summer of the previous year.Â However, wetlands were not full when entering the spring of 2011 and so absorbed some of the snowmelt runoff water and moderated the flood wave. By the end of 2011 the wetlands were filled and so when heavy spring rains caused high flows in June 2012 the wetlands had little impact of flood levels.

The research team's simulations showed that wetlands have an even more dramatic streamflow regulating effect in normal or dry years, where they act as important reservoirs during the transition from spring snowmelt to summer dry conditions. Removing wetlands in these years meant two to three times more water drained via streamflow from the Smith Creek watershed.

The buffering effect of wetlands has important implications for downstream lakes and rivers.Â Smith Creek flows into the Assiniboine River which in turn flows into the Red River and finally to Lake Winnipeg.

"The effect of drainage on increasing annual flow volumes directly impacts downstream water bodies such as Lake Winnipeg," Pomeroy said. "This lake has had excessive water entering it for several years now â€“ water that not only leads to high lake levels but is of poor quality."

Manitoba has undergone substantial flooding from the Assiniboine River in recent years. Lake Winnipeg was named the world's most threatened lake by the Global Nature Fund in 2013.

Funding for various stages of the Smith Creek research basin project was provided by the Natural Sciences and Engineering Research Council, the Canada Research Chairs program, the University of Saskatchewan, Environment Canada, Agriculture and Agri-Food Canada, the Canadian Foundation for Climate and Atmospheric Sciences, Ducks Unlimited Canada, the Province of Manitoba, the Province of Saskatchewan and the Prairie Habitat Joint Venture Committee.