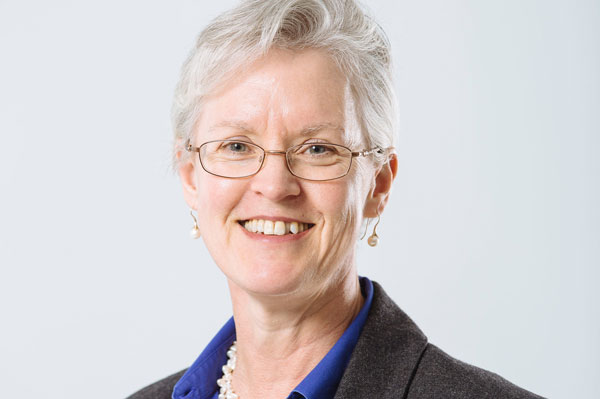 Susan Kaminskyj, U of S biology professor and research team leader, explained that the lab test identifies mutations in DNA that help fungi resist drugs. The research was recently published in the journal Eukaryotic Cell.

"This means if a patient is on long-term anti-fungal therapy and has a relapse, our strategy can identify the resistance mutations and hopefully suggest alternative treatments," she said.

Medical science has few weapons to fight fungal diseases. Since the early 1950s there have been only about two dozen antifungals developed, of four major types, and many are limited in their use. For example, treatments for skin conditions such as athlete's foot are too toxic to use for internal infections. Part of the problem is while man and mushroom might not seem to have a lot in common, at the molecular level, they are much the same.

"Animals—including hu-
mans—and fungi are metabolic cousins so almost all of our physiology is very similar to theirs," Kaminskyj said. "Typically what will kill a fungus will make even a healthy person sick, and most systemic anti-fungal drugs have toxic side effects."

Unfortunately, it is systemic infections that are the most dangerous, she said. They are a particular problem for people with compromised immune systems, including transplant recipients, cancer patients or people with HIV/AIDS.

Kaminskyj explained fun-
gal infection could lead to life-threatening illnesses in more than 70 per cent of these patients even with aggressive drug therapy. The team's research paper further states that "fungal infections contribute to at least 10 per cent of deaths in hospital settings."

A particular challenge is fungi's ability to mutate. Kaminskyj explained that the latest class of antifungal drugs was released in 2005 and resistant strains of fungi showed up in less than a year. For new drugs, the team's test can show where a fungus is likely to develop resistance, allowing physicians to adjust treatments to better combat infections.

"Much of the current work in antifungals is aimed at developing drug combination therapies," she said. "Like bacteria, fungi have efficient mutation capacity, so resistance is essentially inevitable."

Kaminskyj hopes the team's mutation-tracking tool will also help in the development of new antifungal drugs by providing a way to learn more about fungal cell walls. This knowledge could be a source of potential targets on which to base new treatments.