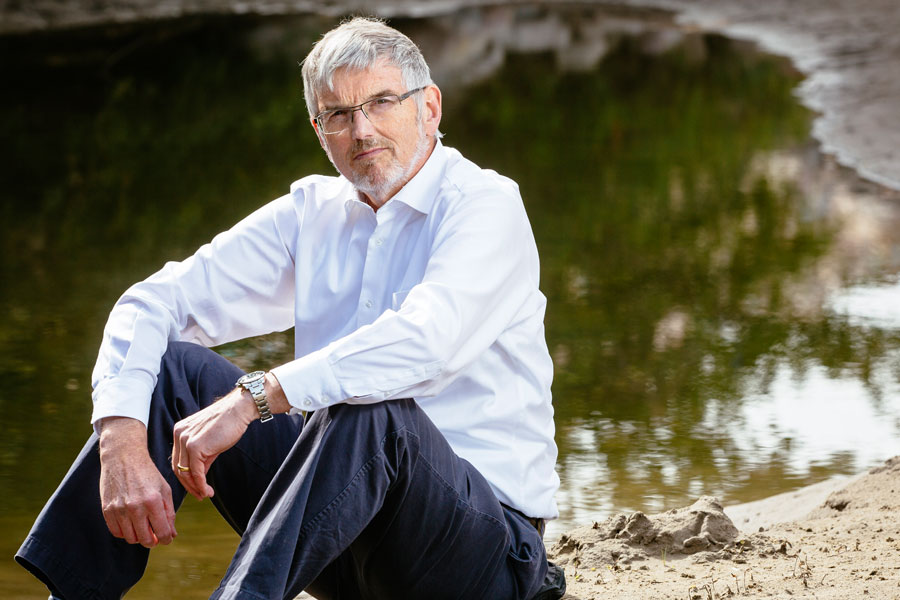 Many farmers rely on groundwater for both domestic and on-farm water supplies. Mining, and oil and gas industries draw from it to sustain their operations, and use it to dispose of contaminated water deep underground. Groundwater is an important water source for more than 150,000 rural Saskatchewan residents who drink it every day.

But with Saskatchewan's unprecedented growth and plans for new mines and energy projects, pressures for use of groundwater for water supplies and waste disposal are increasing.

"Growth is top on the Saskatchewan agenda, and groundwater is important across all sectors—agriculture, oil and gas, mining, and the growth of towns and cities," said Howard Wheater, director of the Global Institute for Water Security (GIWS) at the University of Saskatchewan and a Canada Excellence Research Chair.

"Yet we know little about this critical provincial resource and how to ensure that it is used sustainably," Wheater continued. "And typically people don't tend to think about groundwater until the wells run dry or become polluted."

According to a report commissioned earlier this year by GIWS and involving consultation with industry, government and academe, "there is an important need for new research and surveys to provide the basis for sound management in the face of increasing pressures."

Report author Denis Peach, an international water expert from the U.K., calls for more research into groundwater issues, greater co-ordination and accessibility to data gathered by companies and government departments, and a comprehensive plan to sustainably manage Saskatchewan's groundwater.

"Research is needed into a wide range of issues including groundwater quality in private wells (an estimated 81,000 in the province), risks posed by injection of mining wastes into deep geological formations, and more mapping of the province's groundwater resources," Peach said.

While there are major challenges to measure the extent of groundwater resources and their quality, the natural "recharge process" of rainwater seeping into groundwater, and the long-term impacts of water withdrawals being made, Peach said it is important that the groundwater system be studied and managed as a whole.

He points out that groundwater is important in maintaining the base flows of rivers, and in times of drought, groundwater "is undoubtedly the most important global reservoir we have to draw upon in such times of water scarcity."

He also notes that groundwater contaminants, once present, "can persist for decades or even centuries." About 40 per cent of rural wells in Canada have been found to be contaminated by nitrates and bacteria at levels that exceed drinking-water quality standards, according to Statistics Canada data.

Wheater said the Saskatchewan government and industry have done a good job of mapping the underground geology and gathering extensive data to make informed decisions, but much of the data are not centrally available and large scientific uncertainties remain.

"The lack of groundwater research co-ordination is not unique to Saskatchewan—it is a worldwide issue," he said.

"As Saskatchewan is large and the underground systems complex, we are unsure of how sustainable our groundwater withdrawals are, how much water is available, and how deep waste disposals may be affecting the entire system."

Working with the provincial government, GIWS has taken a lead role to address the knowledge gaps identified in the report. An informal committee of hydrogeology and groundwater professionals is working to define priorities and on Oct. 1, the institute hosted a workshop with stakeholders from the petroleum, mining, agricultural and municipal sectors to develop a business plan around groundwater science in Saskatchewan.

"Our focus at the institute is on developing a partnership with government and industry to co-ordinate new groundwater research in the province, review the information that is being gathered, and make the results accessible," said Wheater. "This will help regulatory and management bodies make informed decisions on new licenses and where it is best for development to happen."