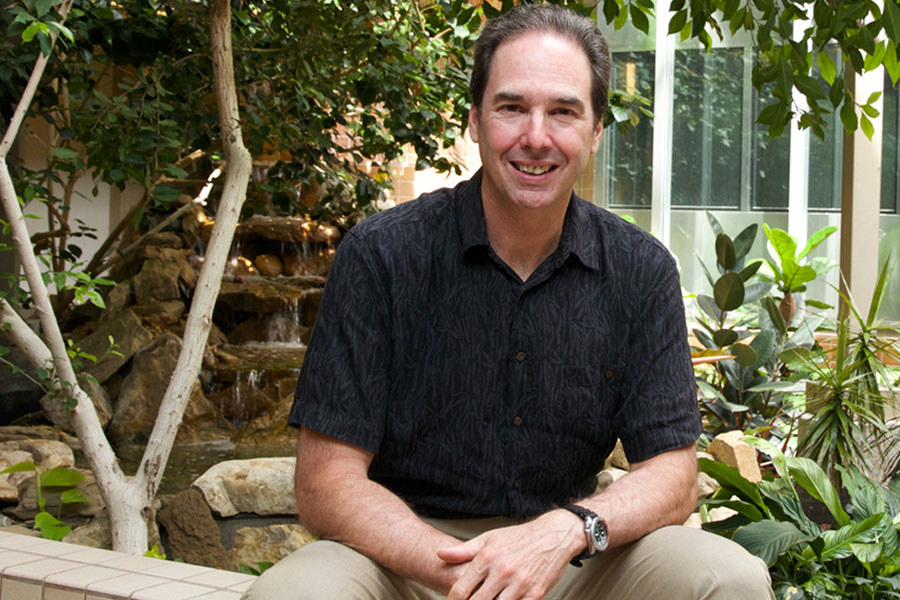 "I thought I was an outdoorsman but realized canoe trips in Algonquin Park are different from geology in the Yukon," McDonnell, associate director of the U of S Global Institute for Water Security, recalled with a laugh. "I had so many bad grizzly bear encounters, one that was too close for comfort and had me spending two hours up a tree."

It was, however, much earlier on in life that McDonnell's curiosity for water was sparked. As a kid exploring Toronto's surrounding greenbelt, with its valleys, ravines and streams, McDonnell remembers wondering where water in streams comes from and how it gets there.

"I find that endlessly fascinating," said McDonnell. "These questions burned inside me for over 30 years now, even as a kid … I remember wondering how all this happens."

After earning master's and doctorate degrees at Trent University and the University of Canterbury respectively, McDonnell jumped feet first into discovering how landscapes store and release water. To do this, he traces two naturally occurring, stable isotopes found in water molecules: oxygen 18 and deuterium. This is the same technique glaciologists and climate scientists use in ice core research to determine temperatures from hundreds and thousands of years ago.

"These isotopes preserve a record of temperature and they also preserve how a rainfall event gets translated to the flow we see in a stream. We can actually use the isotopes as tracers of the water molecule from rainfall and snowmelt through the land to the stream."

There are many factors that determine how a stream responds to rainfall or snowmelt, McDonnell continued, adding that he tries to compare the ways different combinations of land use, topography, climate and geology all work to control how streams respond.

"These factors are all changing and in many cases co-evolving; topography is sculpted by rainfall, which is affected by climate, which influences the plants that grow, which defines the soil characteristics. So it's this interwoven tapestry of factors that affects the answers to fairly basic questions like where does the water go when it rains."

In general, McDonnell said there are two ways water gets to a stream: the first is when the intensity of rain exceeds the surface's availability to infiltrate—imagine dumping a bucket of water on an impermeable surface like concrete— and water simply runs off the surface and creates rapid stream flow. The second way is much slower—flowing through the soil and bedrock—and, because the majority of the world is not paved, is much more common. Consider a sponge that absorbs water until it is full at which point it slowly releases water. This is how the majority of rainfall and snowmelt enters the world's surfaces and groundwater. Geology, specifically the type and absorbency of rocks underneath a landscape, plays a big role in how water is stored and released.

Because of the different paths water can take to a stream, and the number of factors influencing that journey, the length of time it takes for water to travel from surface to stream varies greatly.

"An important question we look at is how old water in the stream is," he explained. "As we think about climate change, land-use change and land practices, the way that those things often express themselves in the river network is by changing the age of that water. The age of the water tells us a lot about the memory in the system."

McDonnell and his team of students and researchers track the isotopes to determine the age of the water. Some streams respond quickly to rainfall and snowmelt and the water in those environments "is much younger, more on the order of days to weeks to months. But the water that is forming that stream coming from groundwater can be months to years to decades old."

He pointed out that when water moves through the soil, it picks up nutrients and chemicals present in the environment. The isotopes in those water molecules can be analyzed for composition and concentration to determine the water's age and how long it takes chemicals to move through the system.

"So we need to know the age of water to understand and predict the ups and downs of the stream flow that affects fish passage, navigation and flooding. It's also key to learning about when pollutants and contaminants, fertilizers, and stuff we apply in agricultural areas will come through," explained McDonnell.

"This is a conundrum because ultimately if we want to make predictions on land-use change and climate change we need to understand both parts of the equation, because the time scales of those two things are very different."

One example McDonnell referenced is in the coastal plains of North Carolina where farmers, as in many other parts of the world, started using nitrate-based fertilizers in the 1960s. Only recently have those nitrates started appearing in the rivers, he said, because it has taken that long to go from the surface to the groundwater and emerge into the stream.

"Now they want to clean it up, but what do you do? You could stop adding nitrate-based fertilizer today but it could take decades or centuries to clean up just because of this dichotomy of time scales. Streams still respond quickly and you still get flooding, but in terms of the transport of these agricultural nutrients, it's like turning around the Queen Mary; it's a long, slow process."

McDonnell compared his research to pulling at a ball of yarn – "you just keep getting more and more questions." He hopes to answer enough of them to develop a model that can make predictions on issues of water quantity and quality for diverse environments.

"The end goal is to more confidently and accurately predict what water quality and quantity is going to be, how parts of the world will respond to climate change, what the future might be for scenarios based on population projections, and how we might manage the landscape for agricultural use, urban development and natural resource extraction. I hope the tools we develop can be useful for informing these conversations."