The concept is one he became familiar with while living in Alaska. Homes built in these kinds of severe cold climates are designed with a small impasse between the exterior and interior, in which two sets of doors create a stopgap between the harsh environment outside and the warm comfort of home to help prevent heat from needlessly escaping as people come and go.

In practice, arctic entryways are just one example of what Loring, an assistant professor at the U of S School of Environment and Sustainability (SENS), refers to as "mundane changes"—small adjustments in behaviour that can add up to big impressions in environmental stability. 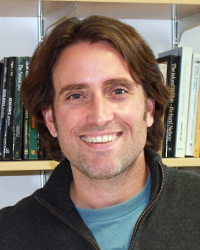 "There are a lot of these changes that people will do. They just need to be nudged. It doesn't require a fundamental change in values, but it's just not what they do right now," he said, adding that there are both small and medium changes that could be implemented right here in Saskatchewan.

"Our houses are too big, they're too far apart and our behaviours in them are not as efficient as they could be. I think we could dramatically change the energy economy if people used space better and more efficiently."

In Loring's experience, these kinds of changes are precisely the sort that can be made on the ground level in order to create a more environ- mentally friendly future without creating too heavy of a burden on Canada's economy.

The question is a common one among researchers: How do you balance the scales between environmental sustainability and economic growth without creating instability?

Since Canada is in many ways fuelled by its natural resource sectors—the products which are spread out beyond their initial extraction and into transportation, sales, exports and other industries both nationally and internationally—a shift of any kind could create widespread ripples in the country's economic health.

According to data held by Ken Coates, Canada Research Chair in Regional Innovation at the Johnson-Shoyoma Graduate School of Public Policy, natural resources account for 19 per cent of the Canadian economy. 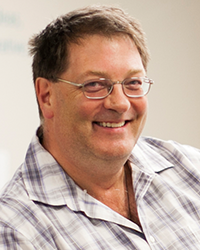 And in the middle of the country's Prairies lies Saskatchewan, a province Coates refers to as "a natural resources shopping centre."

"We have a huge number of opportunities and possibilities here, and all you have to do is spend five minutes driving around Saskatoon and you'll see how integrated that natural resource sector is to the provincial economy," he said, noting that recent dips in areas like potash, iron, ore and uranium have led to common fears that the current economy is entering a tailspin.

To Coates, balancing those scales means finding a place where people can comfortably live off of the resources at their disposal without causing undue harm to the ecosystem.

Part of this concept lies in proper regulation—an area where Coates said Canada is among the world's leaders—but also in careful consideration of undervalued ideas such as environmental assessment, evaluation and reclamation, and the involvement of Indigenous People therein.

"Natural resources are a huge part of our economy. We should develop them carefully and thoughtfully. We didn't always do that. We turned things over to companies a long time ago, we weren't very careful and we've had damage going on for decades as a consequence of bad planning 50, 60, 70 years ago when things like downstream oil pollution wasn't a part of our vocabulary," he said.

Part of what makes this planning so enticing to Coates, if executed correctly, is that turning Canada into a reclamation power- house has the potential to simultaneously create a wealth of jobs in an increasingly uncertain working climate.

"My view is that the resource sector, on hyper-environmental sensitivity, would actually create more jobs than we have now because we're actually losing the mining jobs on account of technology. But we have to have proper assessment, proper monitoring. We have to turn reclamation into an exportable, national skill. We can be the world leaders in reclamation for mining, forestry, whatever," Coates said.

"I think we need to realize that how we work and how much money we're earning while working is pretty much a central preoccupation for everybody, everywhere."

Looking to the future

To Joel Bruneau, associate professor of economics at the U of S College of Arts and Science, environmental caretaking is less about setting out to create a healthier planet and more about ensuring overall long-term quality of living. 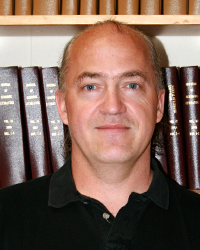 He follows the Brundtland model of sustainable development, which, explained at the most basic level, strives to meet the needs of the present while leaving future generations no worse off.

"That doesn't mean they inherit an identical Earth, but they inherit sufficient resources—and it can be a different mix of resources—so that they're no worse off."

Bruneau looks to the use of renewable resources as a means of filling gaps made by a shift away from non-renewables such as potash, gas, coal, oil and even old-growth forest, which he includes based on the length of its regrowth cycle.

"By definition, using non-renewable resources is not sustain- able in an ecological context. You're taking it, you're changing it, it doesn't grow back—at least not in a time frame that's relevant."

The goal when moving to renewable resources is to ensure people do not become over-reliant in any area.

"When we think of renewable resources like fisheries, trees, agriculture, we recognize that we can overexploit those. It's important to maintain the integrity of ecological systems so that you can maintain this flow of services going forward."

In the short-term, Bruneau sees government-mandated carbon tax, which would have companies involved in carbon-heavy business practices paying fees on the amount of carbon produced, as the best immediate step forward in a shift toward renewables.

The result, he said, would be companies purposely moving toward options that are more sustainable as a means of improving bottom line.

"The first thing you've got to do is a carbon tax. It might actually be the only step you need. Once you make carbon really expensive, then Sask Hydro is going to say, ‘Screw this coal stuff. I'm going into non-coal production," Bruneau said.

"You don't need to tell them to get out of coal. They'll tell themselves."

For Loring, the issue of environment versus economy is not as black and white as favouring one side over the other. Instead, he thinks the best path forward lies somewhere in the middle.

"Some issues you just have to protect the environment, and it's not an economic thing, or some issues you have to make concessions or trade-off. I'm tentative about the word trade-off. I think more in terms of: Where are the win-win situations? How do we achieve both?" he said, highlighting Red Dog Mine in Alaska as one example of how co-ordinated efforts between industry and community has helped all parties flourish.

"Everyone you ask who's worked with Red Dog Mine is more or less happy with how it worked out. They put the money back into the communities. I've seen infrastructure and livelihoods thrive around it. They found a way to make it work."

Loring has a belief in human ingenuity's ability to solve crisis problems, like those currently faced in matters of sustainability, if only humanity can reprioritize its outlook on the world and its own place within it. In Loring's mind, people have spent too long looking at issues of environmental instability as an innate part of modern existence— that shrinking ozone, melting polar ice caps and smog-filled skies are a natural by-product of humanity's march into further technological advancement.

"We've come to teach ourselves that what we do is cause problems in the environment, and I don't think that's the case. I think what we do is we innovate in nature and solve problems," he said.

"One way or another, something's going to change. It can be graceful or it can be horrible. I would rather it be graceful."

Much like Loring, Coates too believes that the general public should be relied on to spur on some of the change—be that in small ways or in using their purchasing power to drive industry development of eco-friendly technologies. "If we're buying more energy efficient cars, they'll make more energy efficient cars," said Coates. "We have to get to the point where we don't make it somebody else's responsibility to do all these things."

From Rwanda to a world of opportunity for USask student