“I was brought in to start as a Visitor Safety and Fire Operations Coordinator, and I get off the plane, and I could just sense that something was off in the town,” explains Highway.

With his new managers tied up in all day meetings to address the crisis, one of his colleagues took Highway to view his accommodations.

“When I walked into my house, I opened up the curtains and right in front of me there was blood on the street,” recalls Highway.

It was a reminder of the risks of living in “The Polar Bear Capital of the World” – a remote northern town on the banks of Hudson’s Bay that is adjacent to Wapusk National Park and the largest polar bear denning areas in the world.

Highway spent the next four years taking the skills and frameworks he had acquired from over 15 years as a wildland firefighter and applying those to train Parks staff, Churchill residents, temporary workers and tourists on how to be safe in a town where bear encounters are increasing in frequency.

Today, he is a master’s candidate with the School of Environment and Sustainability, studying polar bear activity and Indigenous perspectives alongside supervisor Dr. Douglas Clark and committee members Drs Ryan Brook and Simon Lambert.

There’s new polar bear studies coming out daily. And what you notice is that there is a noticeable gap when it comes to Indigenous voices. Their perspectives just aren’t included in the narrative.

Clark is an associate professor exploring polar bear-human interactions in Wapusk National Park, and held the role of its first Chief Park Warden prior to a career in academia. During his many research trips to the area, the two had become colleagues and friends, sharing stories of polar bear activity and life in the North.

“It’s tremendously rewarding to work with staff from Wapusk and to help them grow as professionals,” says Clark. “It’s a privilege to work with a graduate student with Brady’s level of field experience.”

As a member of Peter Ballantyne Cree Nation from the northern Saskatchewan community of Pelican Narrows, this research presents an opportunity for Highway to take his experience in wildlife management and lend a voice to Indigenous knowledge.

“There’s new polar bear studies coming out daily. And what you notice is that there is a noticeable gap when it comes to Indigenous voices. Their perspectives just aren’t included in the narrative,” says Highway.

Clark and his research team have been studying polar bear activity at Wapusk National Park since 2011. Through trail cameras installed at various locations, researchers gain insight into the activities of the bears. Cameras are triggered by sensors that detect movement.

Highway will take the trail camera images and data compiled and conduct workshops with Indigenous Elders and community members.

“What I’m looking for are Indigenous perspectives of polar bear health to see if they’re looking for sources of food, or if there’s something else going on,” says Highway. “In Churchill there are Dene, Cree, Michif and Inuktitut speaking people that would be able to contribute to a more fulsome discussion about polar bears and their activity.”

During these workshops, Highway will take participants out on the land to look at bears in the wild, and to learn about the trail cameras and the type of images and footage they capture. He will share foundational knowledge with participants, but then leave them to direct the conversation.

“It’s up to them to see how they want to categorize each photo, and determine the health of the bears. The idea behind this is to give Indigenous people an opportunity to decide what they feel is appropriate,” says Highway.

The currently accepted way for wildlife specialists to rate polar bear health, explains Highway, is through a standardized five-step fat index. However, asking participants to rate bears in a conventional way would be counter to the research objectives.

“The project is to collect insights from First Nations people so that they can tell us what’s happening out there, and that may not be in Western scientific terms,” says Highway.

“What we need is for people to tell us, is that bear healthy or not?”

A potential deliverable for the project could be a website with the study results primarily in Indigenous languages, with translations into English. The goal would be to make it available for the local school so that the community can use this study to teach children about polar bear safety. He sees it as being a powerful language revitalization tool and a way to promote Indigenous leadership in wildlife research.

“I always look at my education as being not just for me, it’s for my community,” says Highway. “I want to make sure that whatever I do here is relevant to our concerns and maybe can address some of the shortfalls we have in our education system, and that ultimately can work towards a harmonized effort to develop the knowledge we need to coexist with polar bears.” 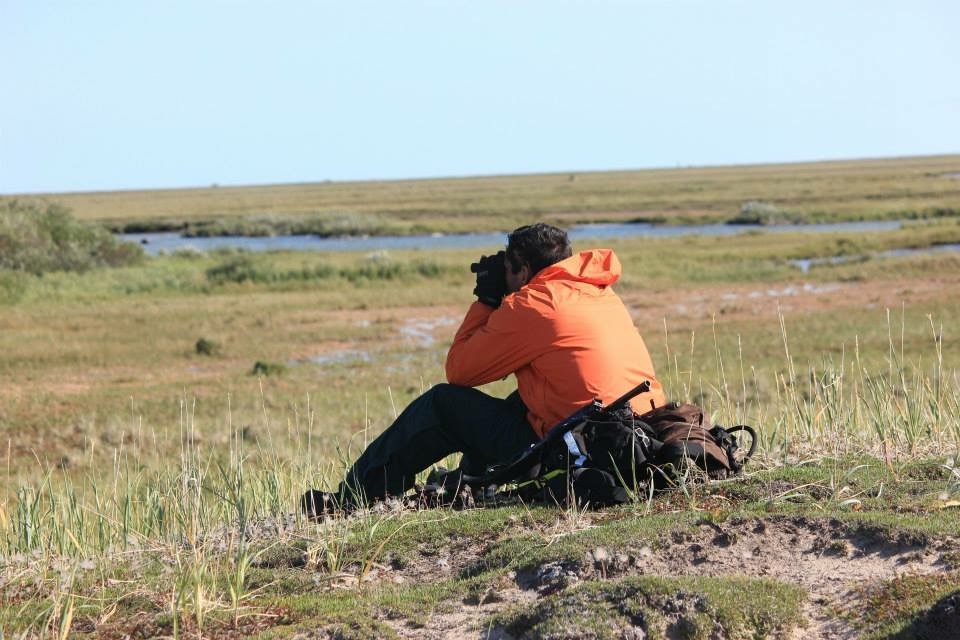 How Canada can solve its emerging water crisis